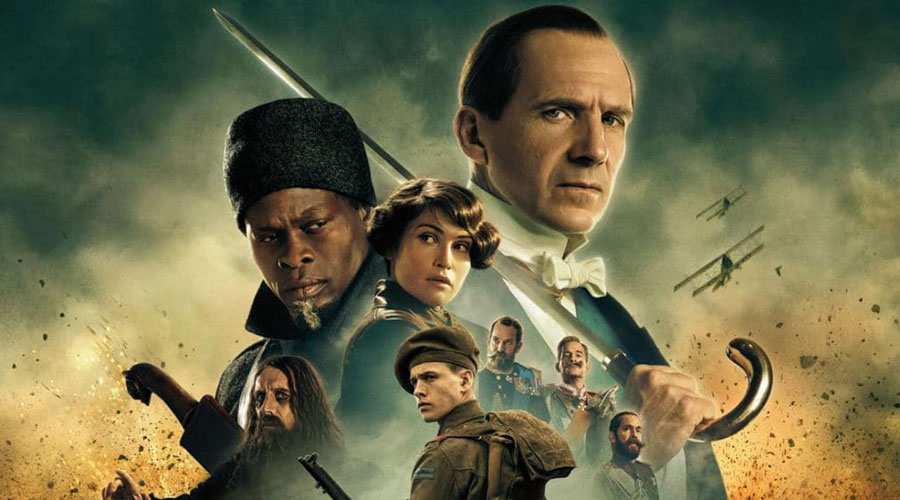 Playing extremely fast and loose with historical accuracy, The King’s Man is a fantastical and fun jaunt through the inception of The Kingsman Intelligence Agency. This is part of a cinematic world originally created by director/screenplay writer Matthew Vaughn when he turned Mark Millar and Dave Gibbons’ comic book The Secret Service into the successful Kingsman film franchise.

This edition, a prequel is set in the early days of the twentieth century, it starts with the Second Boer War and then fast forwards to World War One. Its main focus is that of Orlando Oxford (Ralph Fiennes) his son Conrad (Harris Dickinson) and his house staff that consists of Shola (Djimon Hounsou) and Polly Wilkins (Gemma Arterton). The two are trusted and very capable.

Unlike the two previous films Kingsman: The Secret Service and Kingman: The Golden Circle, this chapter is almost entirely gadget-free and focuses on the protagonists that end up being the early members of the agency. It also has a lot of fun with historical figures like Grigori Rasputin (Rhys Ifans) and King George, Kaiser Wilhelm, and Tsar Nicholas (all played by Tom Hollander). Ifans’ take on Rasputin is, particularly over the top.

The movie misses the chance to introduce some funky steampunk weapons and hardware but makes up for it by utilising the same hyper-real look and feel of the first two films. This one also tugs the heartstrings in a way the first two did not with their cartoon approach to the storytelling. This should handily restart the franchise from its inception on.