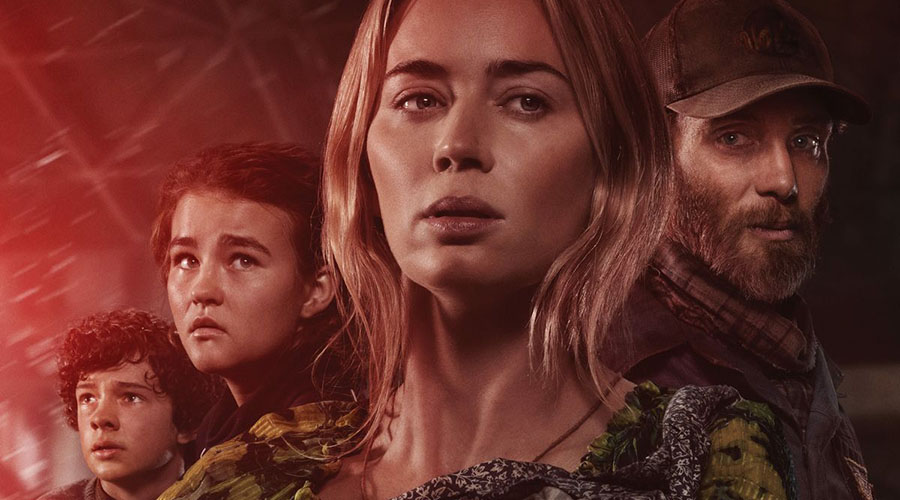 From the inventive opening scene that acts as a series prequel, A Quiet Place Part II shows that writer/director John Krasinski has lost none of his touch with the suspense/thriller/horror genre. This film will keep you enthralled and agitated from start to finish albeit with more traditional methods in place this time.

Starting with a first reel filled with departures, the film drops the enigmatic approach of part one by letting the audience in on the story behind the alien’s first day on earth. Generating this amount of explanation early on isn’t the only change. The sound design is very different as well. There are few completely silent scenes and a more conventional approach is used to creating tension. Popcorn vendors will rejoice.

After the opening, the story picks up right where it left off with the remaining members of the Abbott family forced to flee their farm. This turns the rest of the proceedings into basically a road movie, with the risk and reward ratio ramping up the excitement at inconsistent levels. In many ways, this allows the viewer more opportunity to view the story in a more nuanced way.

With the departure from the norm that the first A Quiet Place endeavoured to deliver, it was a solid decision to follow a more customary path this time. It does place greater reliance on character devolvement and the script delivers on this. Daughter Regan Abbott (Millicent Simmonds) becomes the hero of the piece and the fine actor is more than up for the challenge. Seen back to back the two films make a great duo.