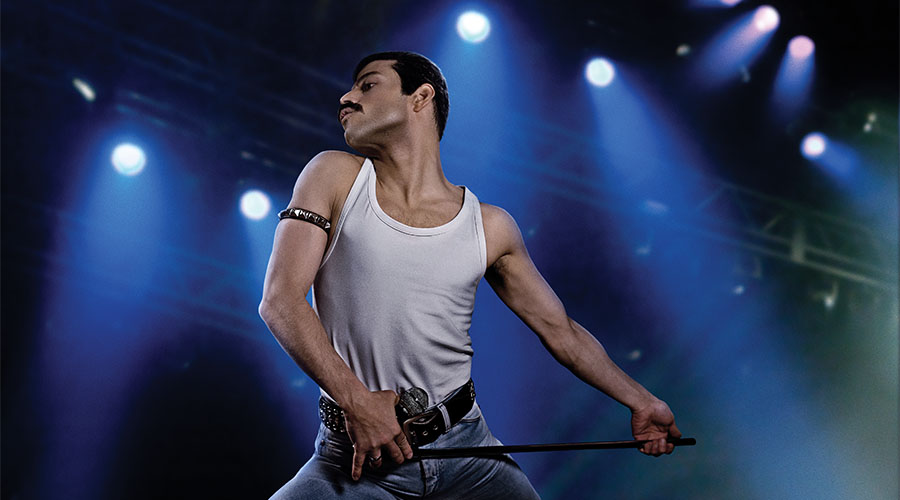 From Brian May playing the opening Twentieth Century Fox riff on the guitar that he and his father made to the triumphant Queen reunion gig at Live Aid, Bohemian Rhapsody is a real treat for fans of the eclectic rock band. And even if you are only remotely aware of the band and their history, it is still a remarkable film.

Rami Malek is transcendent as Freddie Mercury and he does a great job of carrying the film on his slender shoulders. He is in almost every scene and if he felt any pressure, his performance doesn’t show it. He is so natural in the spot light and the camera loves him.

The dramatic structure of the film is so well thought out that even with the warts and all retelling of Mercury’s life’s story, it feels more accomplishment than tragedy. You feel the loneness Mercury felt along with the successes and the behind the scenes tales about the making of those iconic songs is fascinating.

In what is turning out to be a bumper year for films about music, Bohemian Rhapsody is a must see. Not just for those anthemic songs either, it’s a compelling human story told with all the colours of the rainbow.