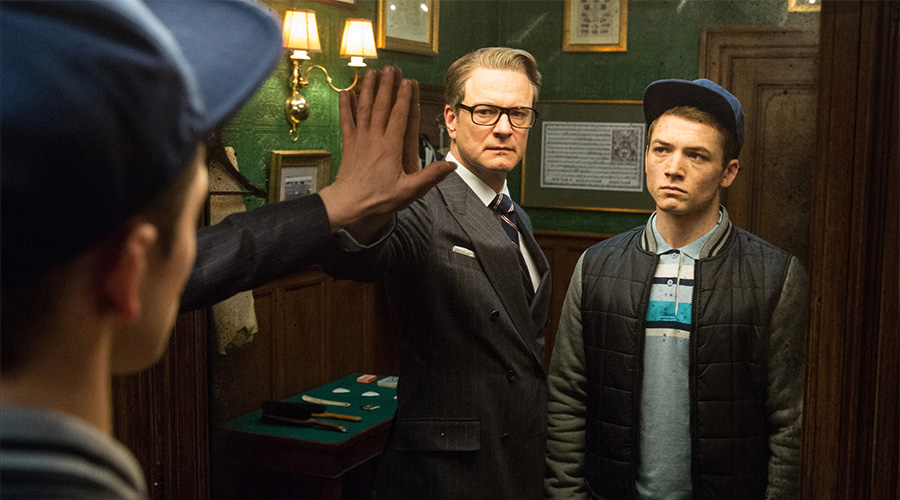 The film’s trailer to the contrary, Kingsman: The Secret Service is a lot more than just a comic send up of the James Bond style of upper crust British Spy. The film has a large number of funny moments but it is also very violent and more than a touch irreverent. The most consistent quality of the film is its entertainment quotient, as it’s never less than entertaining.

Colin Firth as Kingsman agent Harry Hart is flawlessly cast as our introduction to this world of perfect gentlemanly conduct and deadly killing precision. And in stark contrast to the recent proclivity of the Bond franchise to do away with all those cool spy gadgets, this film is littered with deadly hardware that would have made the old Q more than happy.

Underlining the cool technology on display is a story based on character development, honour and paying back impossible depts. Harry becomes a mentor to Gary ‘Eggsy’ Unwin (played with emerging star power by Taron Egerton) who is the offspring of a fellow agent and friend to Hart that had made the ultimate sacrifice. His mentorship is put to the test as they clash with billionaire baddie Valentine (played by Samuel L. Jackson) who taps into mind control and has the world on the edge of chaos.

The film misses few chances to shock the audience and often times goes into directions that have you shaking your head, Big budget action films don’t usually play with the rules this fast and loose. The end result is a defiance of the norm that will leave you with a smile on your dial and give you the opportunity to recommend this to friends without any hesitations. Few films this year will provide more entertaining escapism.