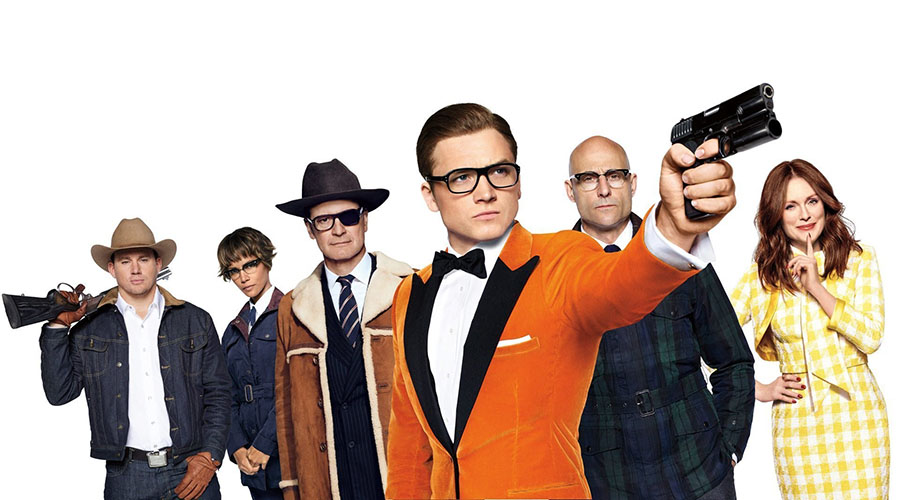 In stark contrast to the most popular and longest running spy franchise and its ever increasing seriousness, Kingsman: The Golden Circle takes a much more irreverent turn. Not lacking in ambition, writer/director Matthew Vaughn turns the crazy up to eleven and tries his best to overwhelm.

It’s an odd universe that super spy and everyday pom Eggsy (Taron Egerton) had returned to. He’s made good as a Kingsman and has a successful relationship with Princess Tilde (Hanna Alström) even though it’s against company policy. His world is turned upside down when super baddie Poppy (Julianne Moore) reeks havoc on the secret affiliation.

All of the over the top tendencies are not only keep intact from the first film but with a bigger budget and more ambition, they are ramped up considerably. Even suspected dead are revived. Oh and for those wondering, the extremely juvenile bouts of humour and comic book special effects are revisited extensively.

If you loved the first Kingsman, you will have no issues with the second but for the newbies, this is a world where anything goes. It stays true to the level of unsophisticated comic book humour with its sense of grandiosity. It fires fun square into the heart of the young and young at heat.