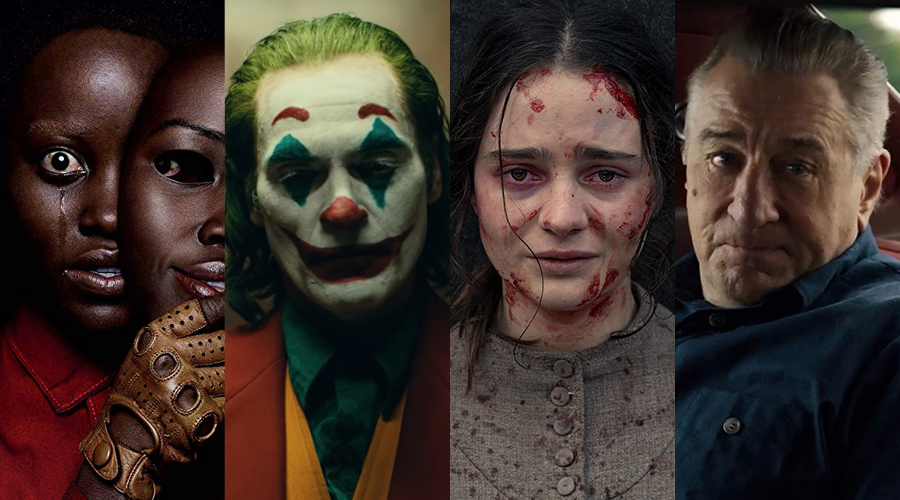 To start off the new year we are looking back at some of our favourite movies that where released in Australian cinemas in the last 12 months.

10. Us
Writer/director/producer Jordan Peele returned to fill us with fright and leave behind some food for thought with his new work, Us. Set in the summer in sun drenched California this time, the terror the Wilson family has to endure while on holiday is anything but sunny.
Click here to read our full review

9. The Nightingale
Set in Tasmania in 1825, The Nightingale delivers an adventure of epic proportions. Confronting and unafraid to push the viewer to the edge of repulsion, it will most certainly leave its mark in your grey matter.
Click here to read our full review

8. Avengers: End Game
After the devastating events of Avengers: Infinity War (2018), the universe is in ruins. With the help of remaining allies, the Avengers assemble once more in order to reverse Thanos’ actions and restore balance to the universe.
Click here to read our full review

7. Booksmart
There is a lot more to Booksmart than it just being a female version of the typical end of High School years romp. It has a big heart and a big brain and it marks the exceptionally strong directorial debut of Olivia Wilde. She delivers a work that will resonate strongly with females but includes much to admire for men as well.
Click here to read our full review

6. Hotel Mumbai
Incredibly intense and relentless, Hotel Mumbai tells the story of the real world events that took place in India in 2008 when ten members of an Islamic terrorist organisation staged a series of attacks and bombings in the city of Mumbai. The siege lasted four days and became the focus of the world’s attention at the time.
Click here to read our full review

5. JoJo Rabbit
With a gloriously absurdest approach to films both big and small, Taika Waititi provides something that is in short supply at the moment. Using Christine Leunens’s novel Caging Skies as the nucleus for his project JoJo Rabbit finds the Kiwi in great form. Leunens’s book about a Hitler youth who finds out his mother is harbouring a young Jewish girl in their house provides the basis for a Waititi screenplay that is rich in humour and subtext.
Click here to read our full review

4. Knives Out
There is something so satisfying when a dialogue based movie truly hits its mark. In the current environment that seems to favour action based films above all else, Knives Out stands out with its delicious dialogue and ever changing finger of blame. Having the writer also be the director, in this case Rian Johnson, makes the entire exercise feels more on point. Little seems diluted from what is a classic whodunnit.
Click here to read our full review

3. The Irishman
Never has Martin Scorsese made the life of a criminal look more mundane or realistic. As you would expect in a film three and a half hours long, there is a lot of down time for the criminals. The banality and tedium of a life outside the law is presented in an unapologetic manner. These eventless moments are starkly contrasted by some of the maestro’s most graphic violence to date.
Click here to read our full review

2. Once Upon A Time In Hollywood
In Quentin Tarantino’s penultimate film (if he indeed stops at ten) Once Upon A Time… In Hollywood, we see quite the departure. His other films feel like they were made by someone who lived through the fantasy of film, digesting genres and regurgitating his own. The new work reflects more on his upbringing in Southern California. It’s the world he grew up in. It feels personal and forms a love letter to the Hollywood he grew up around.
Click here to read our full review

1. Parasite
It’s been a very satisfying experience watching the progression of auteur Bong Joon Ho and his most recent work Parasite finds him in absolutely top form. The film works on multiple levels and is a sharp critique on class systems.

And some honourable mentions:

Film we where most surprised to enjoy:
Ready or Not