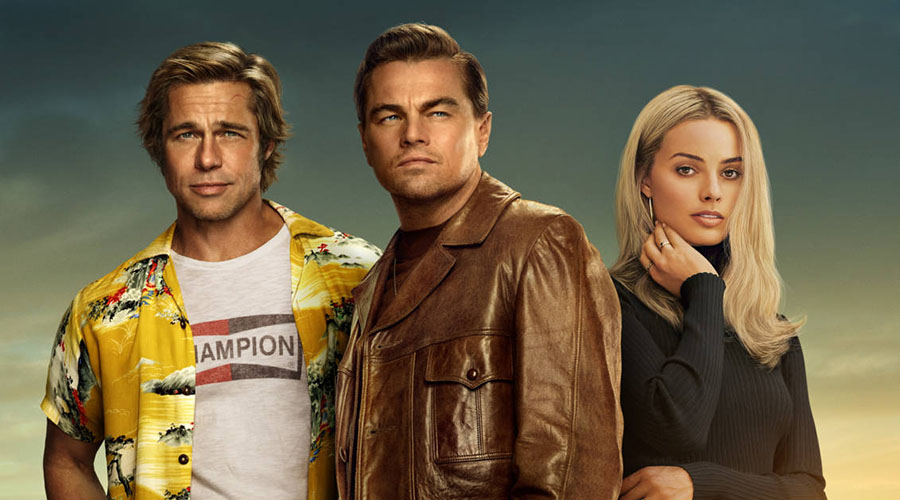 Once Upon A Time … In Hollywood Movie Review

In Quentin Tarantino’s penultimate film (if he indeed stops at ten) Once Upon A Time… In Hollywood, we see quite the departure. His other films feel like they were made by someone who lived through the fantasy of film, digesting genres and regurgitating his own. The new work reflects more on his upbringing in Southern California. It’s the world he grew up in. It feels personal and forms a love letter to the Hollywood he grew up around.

The characters that inhabit this world are somehow softer, less hyper cool, more down to earth and less criminal. For those expecting the histrionics that QT usually fires out, this time that intensity is set to slow burn. The film’s final reel is classic violence overkill (quite literally) and will satiate those with a taste for the big red.

Most of the salacious appeal of the film is its connection to Charles Mason and his disciples and while they play a part, they are not the central theme. That belongs to the world of Rick Dalton (Leonardo DiCaprio), an old school television actor speeding towards his use by date and his stunt-double buddy, Cliff Booth (Brad Pitt). It’s the relationship between these two old warhorses that really drives the story.

Some may feel that Once Upon A Time … In Hollywood might be too soft or not hip enough but nine films into his career (not counting the numerous guest spots) it’s fitting that Tarantino would want to do something a little different. When and if he indeed retires after ten, this work will make a fine addition to the canon. In the now, it’s still unlike anyone else’s work and should be seen and enjoyed.