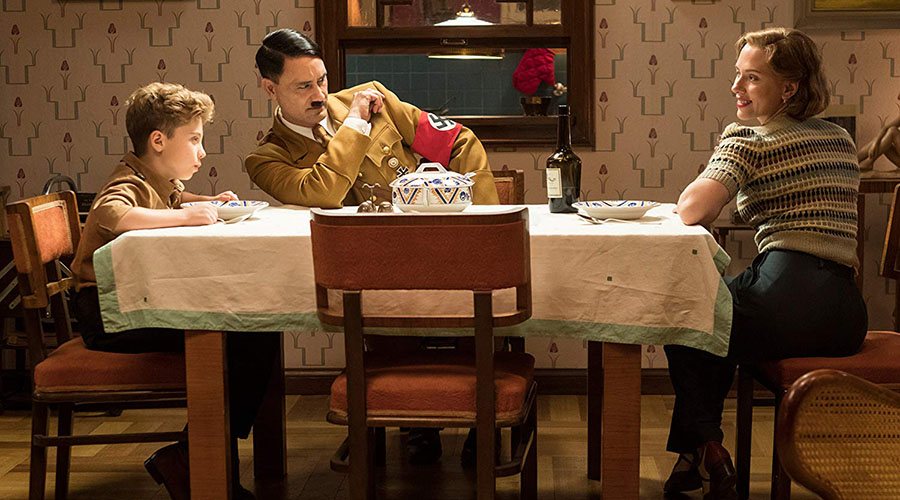 With a gloriously absurdest approach to films both big and small, Taika Waititi provides something that is in short supply at the moment. With an overcrowded landscape made up of sequels, prequels and reboots, his originality really stands out.

Using Christine Leunens’s novel Caging Skies as the nucleus for his project JoJo Rabbit finds the Kiwi in great form. Leunens’s book about a Hitler youth who finds out his mother is harbouring a young Jewish girl in their house provides the basis for a Waititi screenplay that is rich in humour and subtext.

It’s a wild ride that jumps from being uproariously funny to being heartbreakingly sad without missing a beat. The emotions feel real and are never less than meaningful. In contrast, it makes so much of what passes today as cinema humour feel empty and almost fraudulent.

In a period of hate that was as intense as any time in human history, it seems incredulous for someone to attempt to make a comic statement about it. But the life reaffirming nature of laughter is never more necessary than when faced with the horrors of the dark side of human nature.