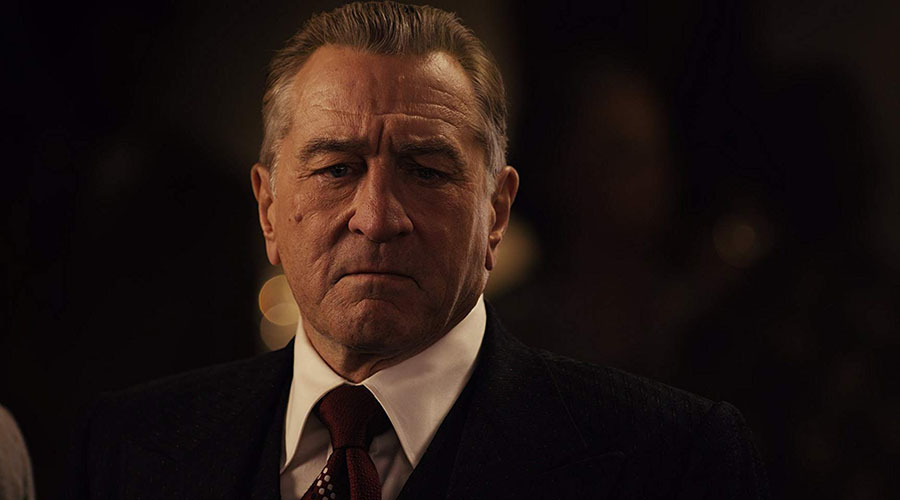 Never has Martin Scorsese made the life of a criminal look more mundane or realistic. As you would expect in a film three and a half hours long, there is a lot of down time for the criminals. The banality and tedium of a life outside the law is presented in an unapologetic manner. These eventless moments are starkly contrasted by some of the maestro’s most graphic violence to date.

Based on the 2004 book, I Heard You Paint Houses by a former homicide prosecutor, Charles Brandt, it focuses on the life of mob hitman Frank “The Irishman” Sheeran played by Robert De Niro. In a confession given after the book was published, Sheeran claims to have been the hitman behind the murder and disappearance of Jimmy Hoffa who is played by Al Pacino. Spoiler alert, his body is not buried under the turf at Giants Stadium in East Rutherford, N.J.

The film is masterfully made and it exists thanks to the new paradigm of films being made for the streaming platforms. Scorsese is on record saying that no major studio would give him the running time or money needed to fully realise his vision and what a visions it is. No film in his canon has the main protagonists end up in such bleak conditions, as an anticrime film, it is vivid.

Given the uncommon extended screen time to tell a story that was decades in the making, it underlines how rare this opportunity is for fans of film. Even with its ultimate destination in your living room, you need to make the effort to get out and see it on the big screen (one measured in metres not inches) as few things improve upon the collective experience quite like the cinema.