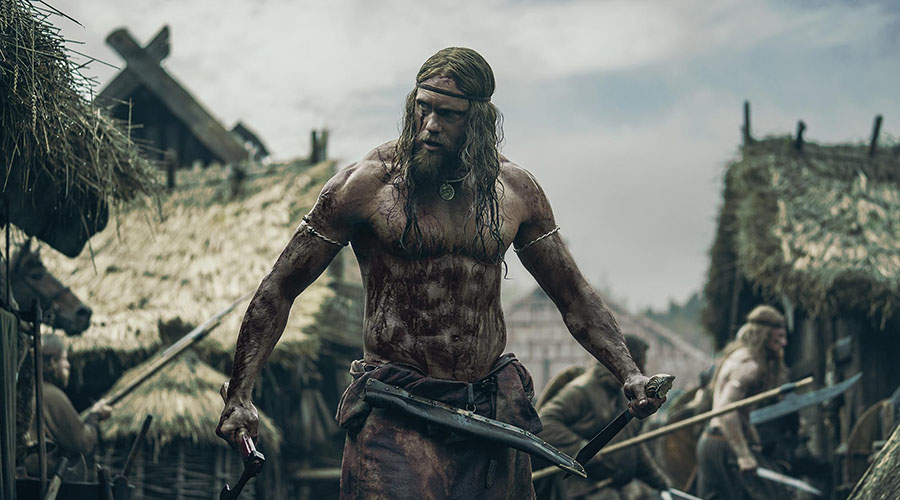 Blending myth and magic, The Northman makes it plain that it’s not always easy being royalty. Prince Amleth (played by Oscar Novak as a youth and Alexander Skarsgård as an adult) sees his father King Aurvandil War-Raven (Ethan Hawke) slayed by his uncle and has to flee his native home.

Fast forward a number of years and the ensuing time has not been kind to the adult Prince. His body shows the hard life of a marauding warrior and his mind is still crowded with thoughts of revenge. Even meeting a hot blonde, Olga of the Birch Forest (Anya Taylor-Joy) does little to mellow out his ways.

He discovers the location of his uncle, Fjölnir the Brotherless (Claes Bang) and continues his unwavering direction of vengeance. This time taking Olga along for the ride. It’s all epic alpha male posturing and the women including Nicole Kidman as mother Queen Gudrún are given minor roles.

Beautiful but dimly lit throughout and often times spoken in native tongues (with subtitles) it takes substantial effort on your part to remain engaged. The magic elements lead to a number of striking scenes and this raises the visual experience. It’s a film best seen on the biggest and brightest screen you can find and rewards those with a taste for a good revenge yarn.