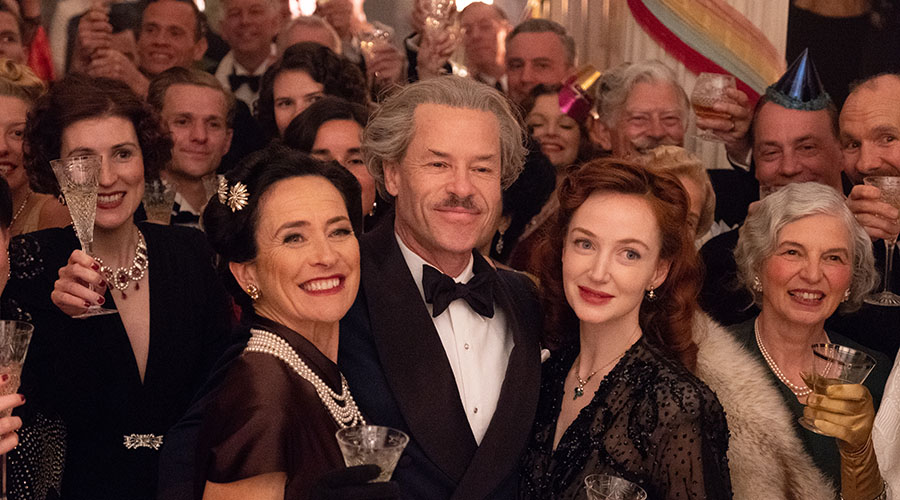 With details of a real-life story at its core, The Last Vermeer illustrates that Hollywood when it tries will never run out of new ideas for films. Based in post-World War II Holland, it tells a tale of greed, artistic hubris, war profiteering, and forgery. Han Van Meegeren a painter himself who went on the become a Dutch fork hero is played here by Guy Pearce. He imbues the character with a glorious sense of flamboyance and ego.

Van Meegeren profited greatly from selling Johannes Vermeer paintings to high-ranking German officials during the war. After hostilities ended he was charged with selling Dutch cultural property to the Nazis and faced a possible death sentence. During the trial, he used the defense that he actually forged the paintings and thus was able to avoid capital punishment.

Starting as an investigative yarn, the film features Danish actor Claes Bang playing Captain Joseph Piller, who is tasked with ferreting out war profiteers and collaborators in Holland. The film switches gear midway through and turns into a courtroom drama and gives Pearce the chance to preen with abandon. Van Meegeren is now considered to be one of history’s greatest forgers.

The film takes great artist license (pun intended) with the actual story and Van Meegeren’s life is even more interesting than the one presented on screen. Although his forgery defense was successful at avoiding the firing squad he was still convicted of falsification and fraud charges but died of a heart attack before he had to serve his one-year sentence. In all, he duped buyers out of the equivalent of almost a quarter of a billion dollars in today’s money.