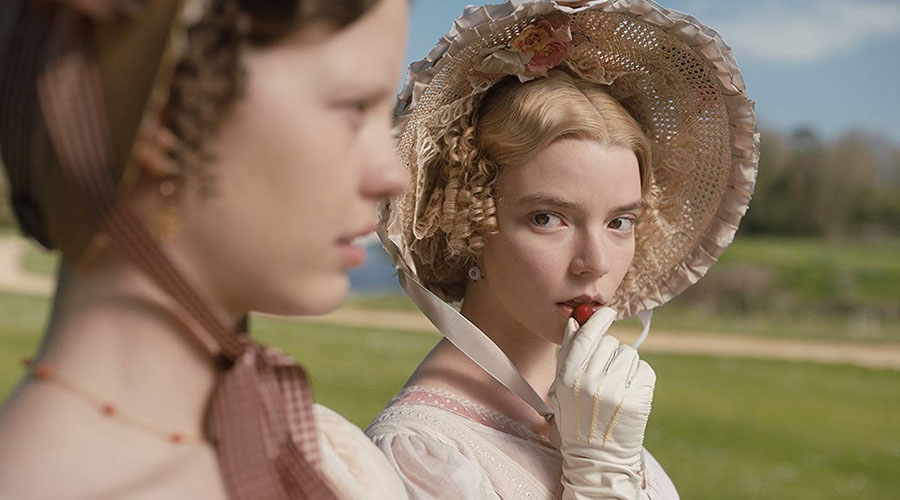 First published in 1815, Jane Austen’s novel Emma was an early century look at the lives of the Woodhouse family. It was the last novel to be completed and published during her lifetime and examined the lives of the rich and privileged. As with Austen’s other works, it was told through the eyes of young women.

Arriving over two decades after Douglas McGrath’s 1996 starring vehicle for Gwyneth Paltrow, this version by director Autumn de Wilde attempts to reintroduce the story to a new generation. It revolves around the life of the young daughter Emma, played by Anya Taylor-Joy (Peaky Blinders and Glass).

Wealth and entitlement play pretty much the same regardless of the age and Emma is quite an unappealing character at the start of the film. The speech patterns and reserved emotional resonance of the day are also obstacles that need to be overcome. As Emma discovers the depth of her feelings, the changes make her more relatable and the movie more enjoyable. By film’s end you realise you might have misjudged her.