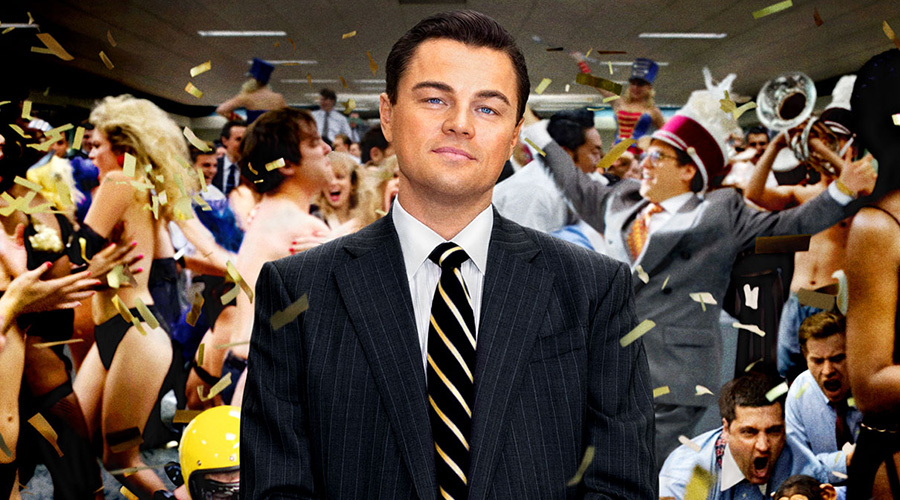 In Martin Scorsese’s latest opus The Wolf Of Wall Street, never for moment does it let you forget it’s by the master but it also has a manic energy that sets it apart from all his other works. The filmmaker lets the drug fuelled energy of the times inform his production and it creates an almost overwhelming experience.

It’s a sign of the expertise at work here that the 180 minute long film literally flies by. It’s also helped along by Leonardo DiCaprio’s most manic performance yet. If you thought he was full on in Django Unchained, he ramps it up ten fold here. Quite a few of the support cast members also turn in career defining roles. This includes Jonah Hill, who get the mix of powerful and pathetic just right and Aussie soap star Margot Robbie’s clothing optional performance that proves her place on the big screen.

A number of critics have taken Scorsese to task for glorifying all the drug use and sexist behavior. They must have been watching another film because never has a film showed so vividly how this kind of hedonist lifestyle fuelled by debauchery and excess leads to empty and hollow lives, big money or not. If you read about the real world characters from this period in Wall Street’s history it might even be considered tame by comparison.

In the 365 days that have just gone past (2013) it was a year in film that set a high water mark for both great films and great performances. Even in this crowded company, The Wolf Of Wall Street stands out and should be included in anyone’s list of must see movies.