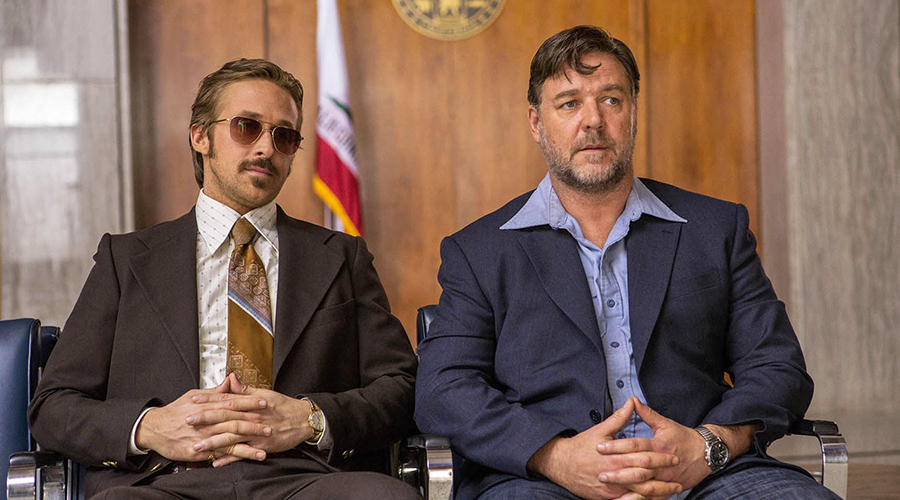 This Russell Crowe and Ryan Gosling comedic vehicle is somewhat of an oddity amongst comedies; it works on almost all levels. The casting is spot on, it’s both outright funny and amusing and the script is consistent and successfully veers away from the tendency to garner laughs at all costs. It earns them.

Crowe is unafraid to play a role far removed from his usual on-screen persona and he lets his advancing age and lack of fitness give the role a realistic and well-worn feel. It’s one that is free from the false heroics that mar so many similar roles. Gosling gets the nuance just right between glamour boy idiot and heart of gold father. These two play off each other and the friendship that builds between them is so naturally developed; it’s a real pleasure to behold.

Few comedies seen this year will have the heart and soul that The Nice Guys possess and even fewer will be this much fun to experience. The laughs are well earned and the humour and humanity will stay with you.