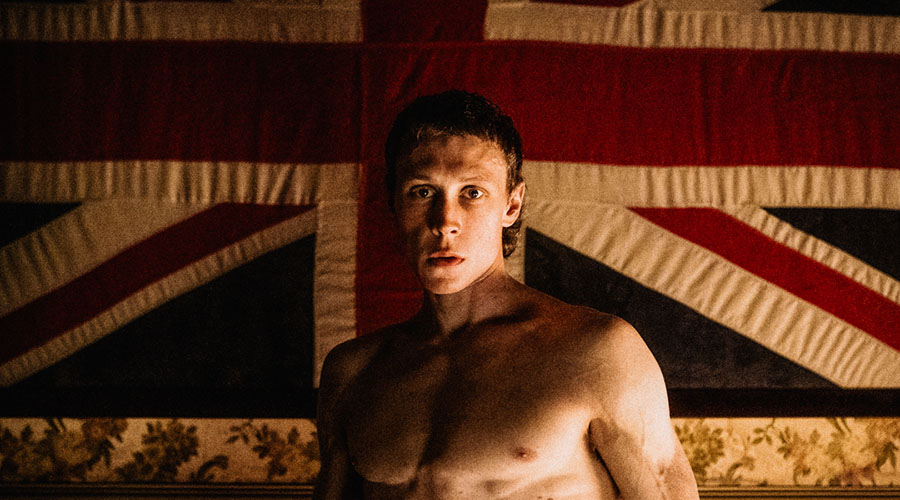 From the opening reel of True History of the Kelly Gang, the setup is very effective at selling the hard scrabble life that the Kelly family endured during the early days of existence in the British colony of Victoria. It feels authentic in its desolate and poverty stricken nature. From that point on however, the direction veers sustainably.

The film’s title is quite the misnomer as this is a highly stylised account of Ned Kelly and his family. Some of the creative choices yield engrossing scenes while others feel forced and dissipate momentum. This includes not capitalising on the acting of Nicholas Hoult who persuasively plays against his nice guy persona as the sadistic Constable Fitzpatrick. Odd that the chemistry between him and George MacKay’s Ned Kelly is so under-utilised.

Their scenes together hint as something substantial but their characters’ arcs jump too many steps at a time. The mental breakdown of Kelly also feels like it’s missing quite a few beats. He goes from a lucid and introspective man to a dress wearing loon much too quickly. In a film with a generous running time of 124 minutes, it feels like another missed opportunity.

During the final 20 minutes, as events conspire to bring a conclusion to the tale that most are familiar with, the filmmakers make their boldest moves yet. It will challenge the audience with its overt symbolism and visual attempt to recreate the claustrophobic last minutes of life for the Kelly gang. The success of this approach is completely subjective and one that cinema goers will have to make up their own mind about.
Rob Hudson

True History of the Kelly Gang is currently playing at Dendy Cinemas for a limited time – head to www.dendy.com.au for more information and tickets.