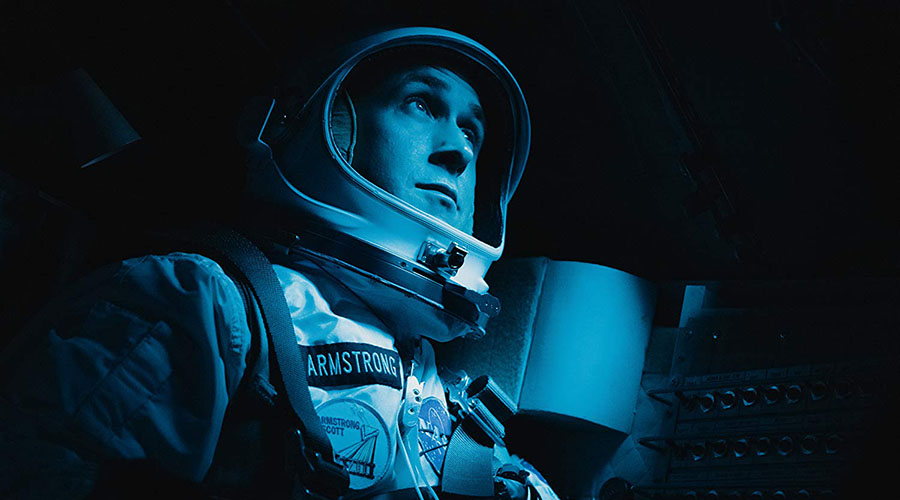 Director Damien Chazelle has a real way with translating written stories into rich human experiences. He did it with Whiplash and La La Land and now he does it with First Man. He was masterful at turning one of histories great technical challenges into an engaging human endeavour.

It’s even more impressive with the main focus on a subject as emotionally self-contained as astronaut Neil Armstrong. Actor Ryan Gosling is very accomplished at saying much with just his eyes and that talent is put to full use here. Armstrong’s stoic nature was a partial product of the tragedy of losing a daughter to cancer at the age of two.

These astronauts were surrounded by death and attempting to accomplish something that was never done before in human history, visiting another planet. And as advanced as our world is now with its technology heavy bent, back in the sixties, it was anything but that. You have more technology in your smart phone today than they had in their entire space craft. Theirs was a bravery of the highest order.

There is an almost complete absence in the modern day of events that inspire one to dream. Art will alway inspire and will last the ages but anything in the world of politics or business will fade away in time. These space missions were a rare instance of things coming out of the world of politics that were actually inspiring to the masses. These inspirational events are sadly missed.