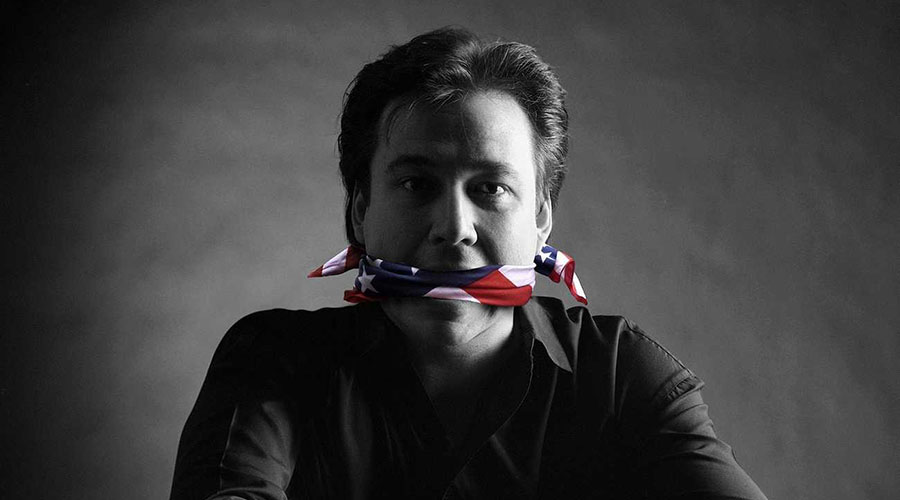 Bill Hicks is important and regardless of weather you know of him or not, it doesn’t diminish his significance. Bill was a comedian who passed away in the mid-nineties but his real legacy was the dying of one of the few original voices that could actually engage Americans in their own political system. Not just to know it but to get genuinely involved in it and feel a sense of rage about it. That he used humour was just a way of getting his views across.

In America: The Bill Hicks Story, filmmakers Paul Thomas and Matt Harlock tell the story of someone who knew early on what their life’s calling was going to be. The transition from clean comedy to confrontational and drug influenced humour with insights that are more relevant today than they were almost two decades ago closely follows Hicks’ own growth as a human being and his embracing of the then red hot counterculture. It’s a culture today that has been greatly diffused and basically turned into a marketing tool.

The story is told with the full cooperation of Hicks’ family and his parents and sibling’s comments and the access to family photos and videos give the entire project a real feel of legitimacy. It also gives some unique insights into how Bill turned out the way he did. Thomas and Harlock also use an interesting technique of animating the still photos to enhance the story telling and this adds to the flow. It’s almost like Ken Burns in overdrive.

It’s doubtful that this film will ever get a mainstream release and so for now you will have to look out for it at film festivals and in venues with a more adventurous booking policy. In Australia, your chance to see the film begins when it screens at the Australian Centre for the Moving Image in Melbourne starting from Tuesday, November 4.