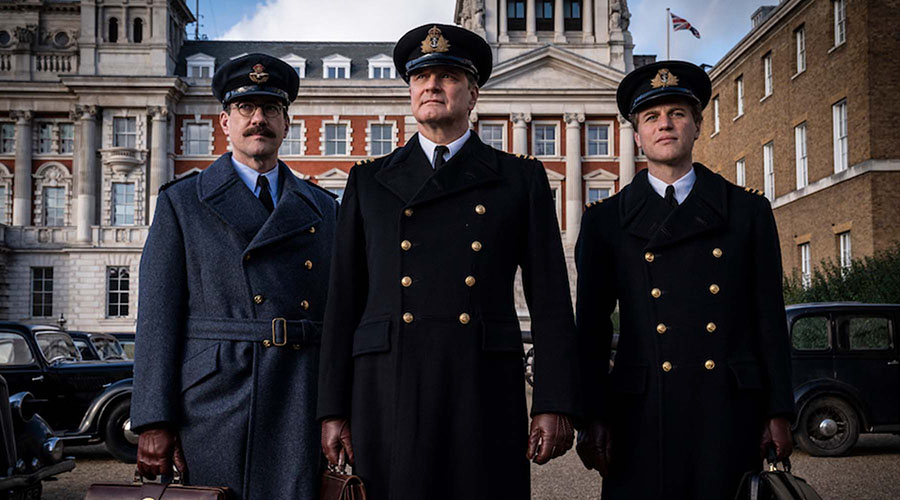 Based on a fascinating real-life spy story set during World War II, Operation Mincemeat is at times engaging and off-putting. The extraneous “story elements” do nothing to enhance the cinema experience and blunt the precarious nature of the actual activity.

Operation Mincemeat was the code name given to a spy scam to trick Hitler and the Nazis into thinking that the allies were going to invade Greece instead of the intended target of Sicily. This was accomplished by planting a body, intended to be perceived as a downed aviator with false documents.

The plan is unveiled with a meticulous attention to detail and makes you rack your brain trying to come up with elements that they might have missed. The plan runs into several hiccups along the way so the planning needs to continue long after it is put into motion. This is the film’s strongest element.

The need felt to humanise the story is where things come undone. There is a romance hinted at by two of the main protagonists, played by Colin Firth and Kelly Macdonald that goes nowhere. There is also a subplot of the assistance of a high-ranking Nazi officer co-conspirator that is ill-defined. Even with the unnecessary diffusion of character we are still left with a compelling Spy story and a view into a lesser know chapter of the war.