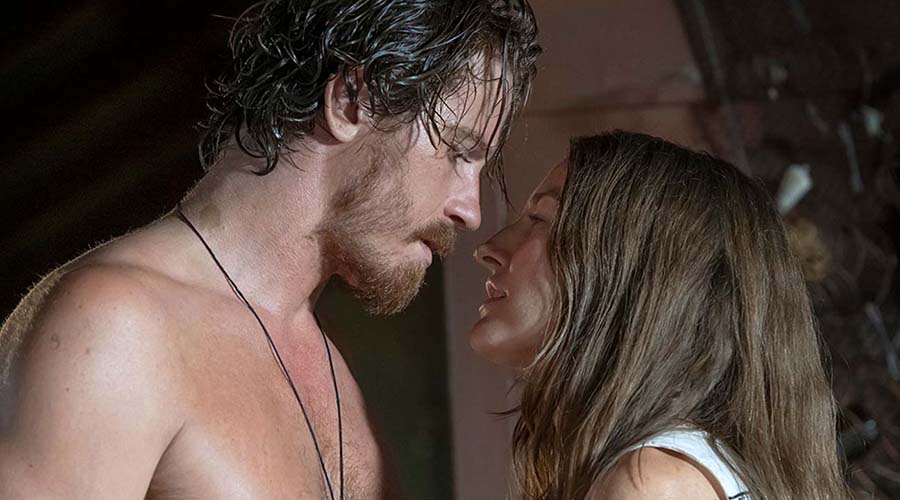 Bringing Tim Winton’s 2001 Miles Franklin Award-winning novel Dirt Music to the big screen was always going to involve some amazing landscapes and spectacular scenery and in that respect the film more than delivers. But to say the visuals overwhelm the story is a real understatement.

It’s a good thing the two leads, Kelly Macdonald as Georgie, the heroine of the piece, and Garrett Hedlund as Lu Fox, the mysterious stranger, have innate chemistry together as the script is quite opaque during the first act. It initially suffers from a lack of background information to connect the players with their actions.

By the time the elements that drive the characters’ actions become known, it has missed the chance to spike your interest and draw you in emotionally. Trying to soften up the harsher elements in the book to make it more accessible has led to a rather indifferent cinematic experience.

Director Phillip Noyce attempted to bring the novel to the big screen in 2009 but stated he just couldn’t capture the lyrical flow of the text. Try as they might, it appears that director Gregor Jordan and writers Jack Thorne have come up short in that respect as well. It is very pretty to look at but ultimately leaves you wanting more.