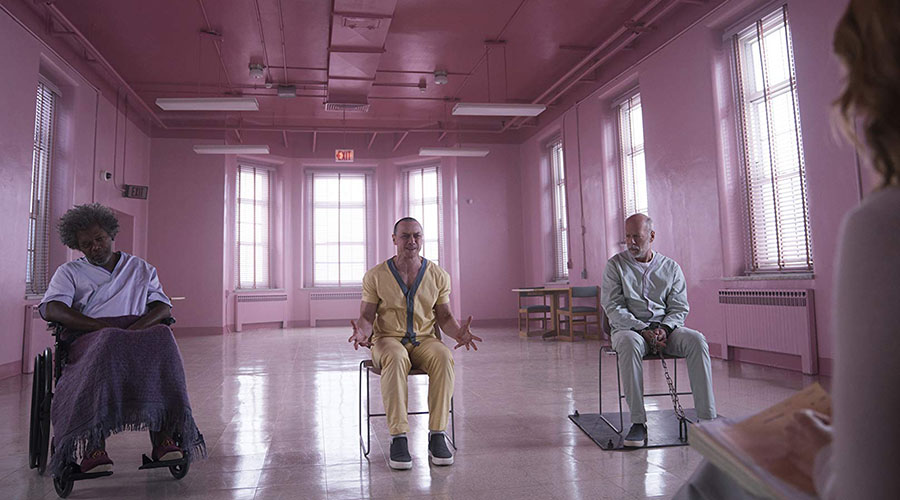 Continuing his comeback from the Hollywood outland, M. Night Shyamalan completes his 18 years in the making trilogy. It started with Unbreakable back in 2000 and then continued with Split in 2016 and now there is Glass. It also sees the welcome return of Bruce Willis, James McAvoy, Samuel L. Jackson and Anya Taylor-Joy from the first two films.

Although this new work is far from perfect, it succeeds quite well in tying up a lot of the loose ends from the earlier films while creating a few new strands to savour. This time out the storyline features Sarah Paulson as the doctor who trying to make sense out of the main protagonist’s powers. This approach unfolds slowly and features a sting in the tail end.

Shyamalan proves adept as setting a scene with just the right amount of creepy overtones and slowly evolving backstory to give the film its forward momentum. It does help that the characters he has already created lend themselves to a myriad of different paths. This is especially true of James McAvoy’s character who has multiple personalities (the complete list is given in the final credits).

As a self contained experience, Glass succeeds admirably but the film is more enjoyable with a working knowledge of the first two parts of the trilogy. With the current easy accessibility of almost all film content, there is no reason not to catch Unbreakable and Split first.