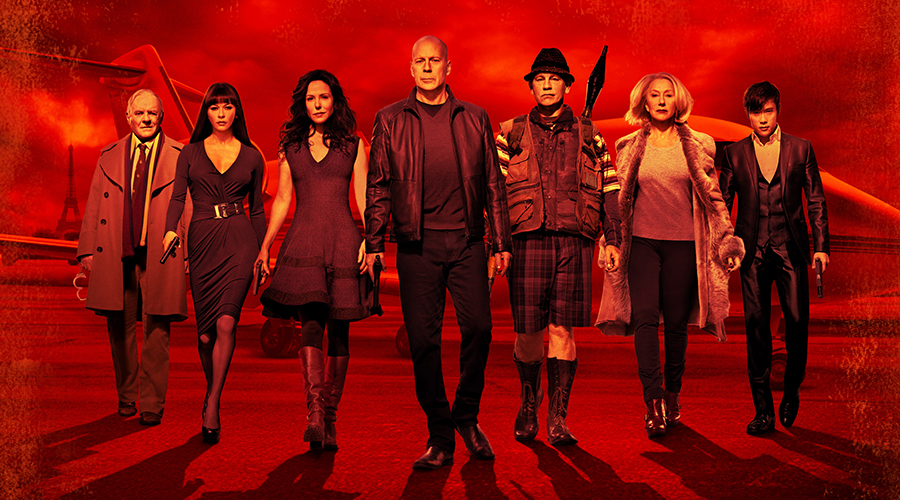 Look out, the wrinkly killers are back and they’re taking no prisoners! This, the second outing for these ‘retired and extremely dangerous government operatives, continues the sense of fun of its predecessor in what amounts to The Expendables for grown-ups (only this time you can actually understand the dialogue). It has less blood ‘n’ guts than before but it’s still over the top in a more ‘British’ kind of way.

Helen Mirren, John Malkovich, Brian Cox, Mary-Louise Parker and Bruce Willis reprise their roles from the previous film and this time they’re joined by Anthony Hopkins, Catherine Zeta-Jones and Asian action star, Byung-hun Lee. As the central and most-grounded character, Willis is almost boring; instead the flash and colour is supplied by the peripheral characters and, as before, Mary-Louise Parker remains the heart and soul of the film

The plot? It has something to do with a weapon of mass destruction but really who cares about the plot! We just want to see Ms Mirren with a sniper rifle and a sly smile, a crazy-eyed Malkovich wielding explosives and unique hats and Parker’s crooked smile. On this score, Galaxy Quest director, Dean Parisot, delivers just about what is expected.

If you’ve seen and enjoyed the original Red then strap in as you’ll have fun with this one as well. It does follow the same tried and true formula as before and while there’s few surprises, it is still is a big bag of rollicking fun.