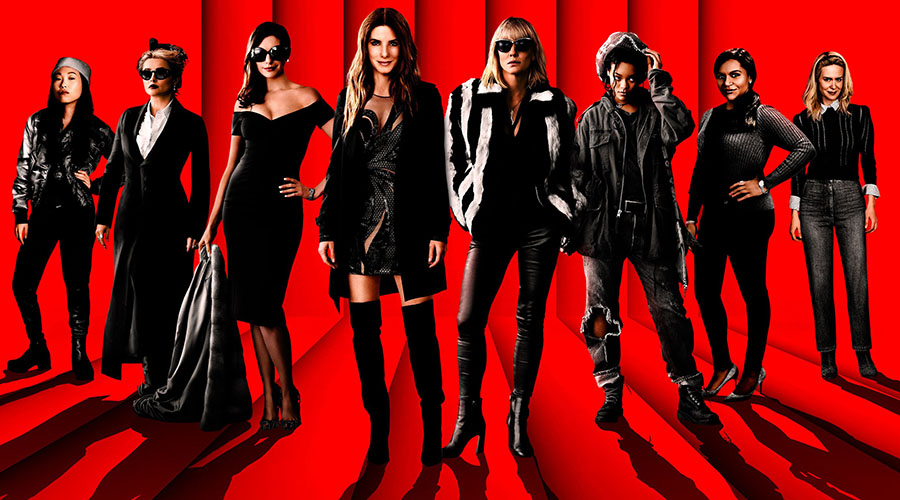 First admission, I love caper flicks, second I love to see intelligent women up on the big screen, so going to see Ocean’s 8, I had high hopes. So it’s very encouraging to say that the experience was very satisfying. It’s more than just a remake of the Ocean’s franchise with women playing the key roles.

It has its own feel and its own pacing and in a few key moments, it has clever ties with the films that have come before. Also like a good caper, there is that substantial twist at the end that few, it any will have seen coming.

While new director Gary Ross (The Hunger Games & Pleasantville) has his own kinetic feel, the influence of Steven Soderbergh (who serves as one of the film’s producers) continues to be strongly felt. The examples of fashion are quirky and gorgeous to look at and the music is hip and propulsive.

Ocean’s 8 does more than just celebrate the current (and much needed) emergence of women to the power end of the process. It substantiates through modern day optics and some very clever cameos of past legends, that women had and continue to have the ability to satisfy audiences and still make bank.