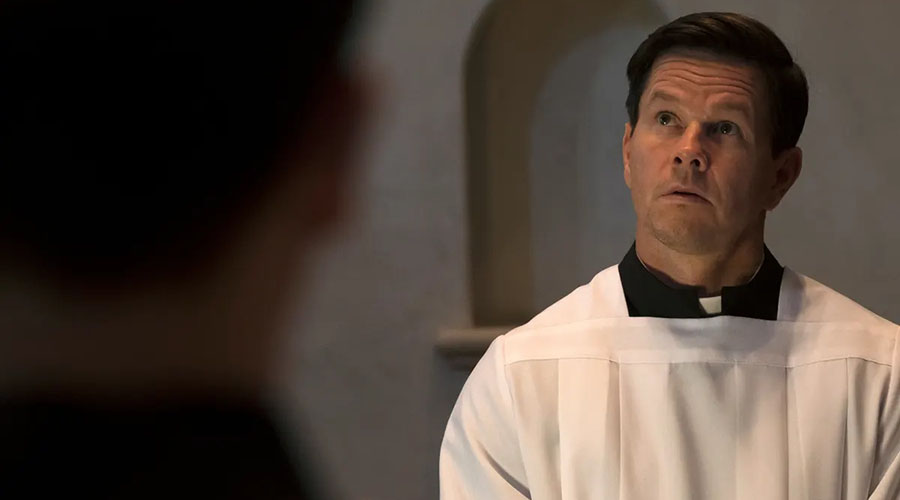 Films based on true-life stories often come across as gross exaggerations of the truth but then sometimes the actual story is so extraordinary that it strains your level of belief. Father Stu poses such a scenario. It features acting virtue over story and suffers from it.

Mark Wahlberg plays Stuart Long, a lad who grew up in Montana and endured more than his fair share of tragedy. He lost his younger brother Stephen at age four to meningococcus and then developed inclusion body myositis, a muscle disorder similar to Lou Gehrig’s disease.

He overcame these trials to become a Catholic priest before his death at fifty years of age. The film oversimplifies his life story and removes some of the more outlandish elements in pursuit of a seamless narrative. It also embellishes the rough nature of his life to build more contrast.

Wahlberg is effective at the role but his transition from a rough and ready pugilist to a man of the cloth lacks the nuance needed to make it truly believable. The accumulation of similar salt-of-the-earth roles in his resume also inhibits complete belief. What we are left with is an entertaining story that could have been more.
Rob Hudson
www.facebook.com/SonyPicturesAUS/