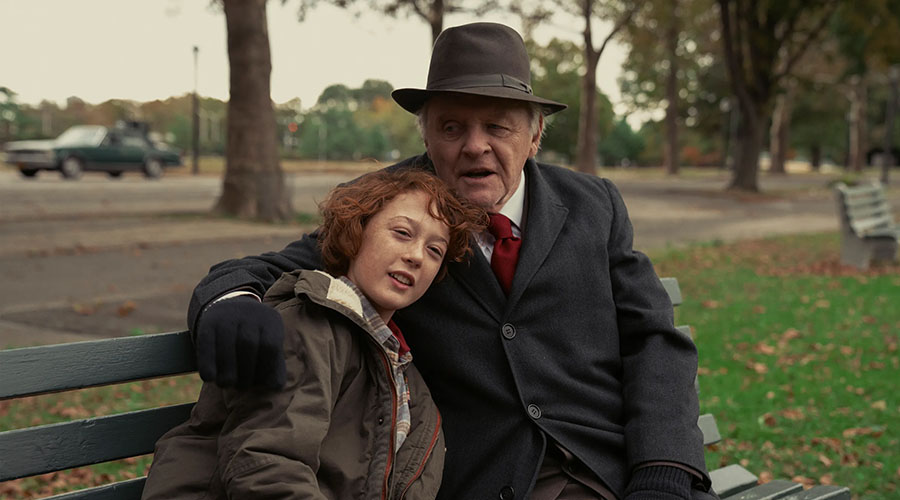 Writer/director James Grey’s Armageddon Time is a masterful work. It is a coming-of-age story so skilfully realised it resonates long after the final credits roll. It’s not just that it’s impeccably acted (Anthony Hopkins, Jeremy Strong and Banks Repeta are outstanding) it’s also the words that they are given ring true.

Writing that mirrors real life accurately is so difficult. The text here is so free of imposed conventions and false facades, it makes you realise how infrequently we are given words this eloquent and free of contrivances.

Six-grader Paul Graff (Repeta) lives with his Jewish family in Queens, New York in the eighties. He is a sensitive child whose talents lay outside conventional scholastic ability. He only connects with his grandfather (Hopkins) who supports his artistic wishes.

There are no grand and overstated scenario at play, just realistic goals that seem just out of reach in those limited times. When you have actors giving performances of this calibre, it’s such a reward to have a script and story with such poignancy for them to ply their trade. James Grey’s Armageddon Time is just sublime.
Rob Hudson
www.facebook.com/UniversalPicturesAU/