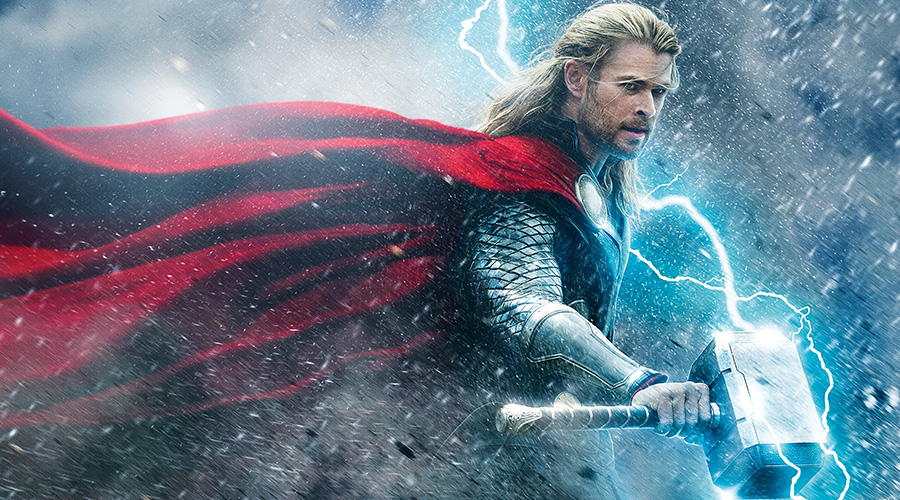 As Marvel Comics gets around to turning every character in their vast catalogue into a big blockbuster movie, the latest to get the celluloid treatment is Thor. In a difference to most Marvel characters though, Thor actually has a previous history (being a god of Norse mythology) and even once popped up in a DC comic. The comic book Thor is the one highlighted here and the one from Norse mythology is given rather short shift.

Thor (the movie version) is played by Australian actor Chris Hemsworth and he has come a long way from his days on Home And Away. He now has the pre-requisite comic book superhero physique and has muscles on top of muscles. The rest of the cast features some surprisingly well-established A-list thespians. The list includes Natalie Portman, Stellan Skarsgård and Anthony Hopkins. Wait a minute on that last selection; with some of Hopkins’ recent paycheck films he might be in danger of becoming slightly more B list.

The action is this film is as big as the pumped up muscles and reality is thrown out the window. This doesn’t however prevent the film from being a lot of fun; it just turns it into a more guilty pleasure. The story revolves around Thor getting booted out of his plane of existence and being sent to earth. This turns the tale into a fish out of water study and gets some good jokes in at the expense of the unknowing universe traveller.

Thor ticks all the right boxes for a great session of escapist entertainment. It’s big, loud, rather dumb and more often than not very entertaining.