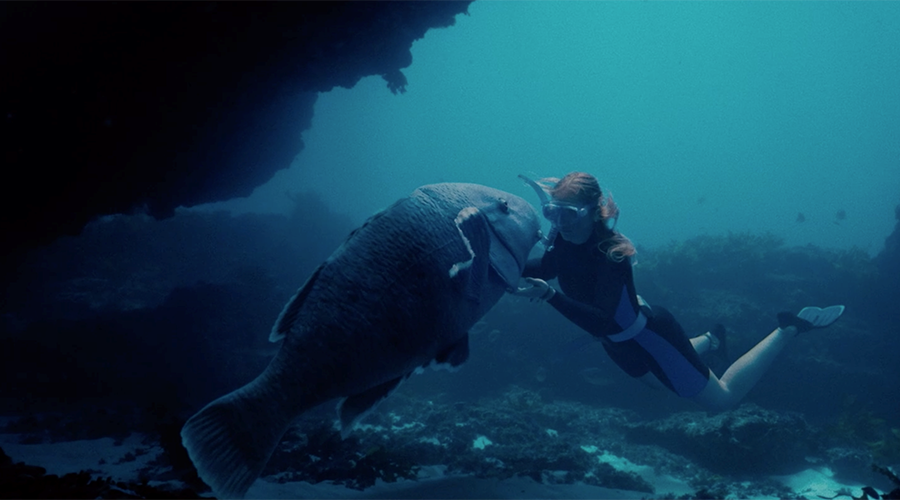 Watch the teaser trailer for Blueback!

While learning to dive, young Abby befriends a magnificent wild blue groper, beginning her life-long journey to save the world’s coral reefs.

When the quiet reef at her coastal hometown is threatened by commercial fishing operators, Abby and her activist Mum take on poachers and developers to save her friend. Blueback is a feature film adaptation of Tim Winton’s best-selling and critically acclaimed novella; a universal fable for all ages about friendship, family and the power of one young girl to make a difference.

Blueback is an Arenamedia production with major production investment from Screen Australia in association with Screenwest, Lotterywest and the Western Australian Screen Fund, and is financed with support from VicScreen, with Soundfirm. The producers gratefully acknowledge the support and assistance of the Great Southern Development Commission.

Blueback is coming to Australian cinemas on January 1, 2023.