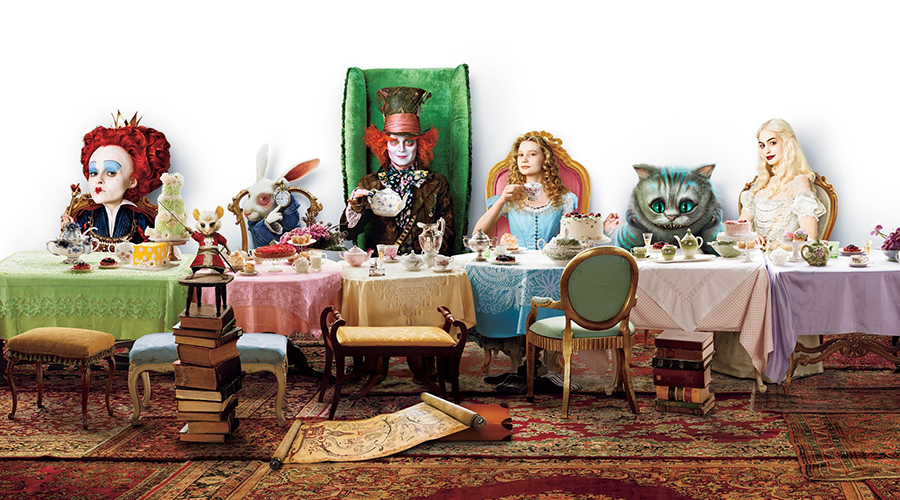 It’s always easy to expect great visual things from a Tim Burton film but Alice In Wonderland really does exceed all ocular expectations. It looks utterly amazing and the 3D effects are used sparingly and never just for the sake of a quick gimmick.

This vivid approach isn’t just limited to the visuals either. The landscapes and creatures are integral to a story that also expands the mind. One thinks that the story’s original author Lewis Carroll might have gotten hold of some of the Blue Caterpillar’s best stash before pen was put to paper.

Australian actor Mia Wasikowska as Alice, starts out as a dour young girl sent off to marry a man she doesn’t love and through the magic of the story becomes a luminous woman ready to take on the world. It really is a girl power tale for the ages (maybe minus all the drug references though). Johnny Depp as the Mad Hatter gets to channel all his inner craziness and is a real scene-stealer.

Having read the original text so far back in my past I can’t attest to any of its devotion to the original story, I can only state that giving someone with as much imagination as Tim Burton free reign to capture the vision in his mind’s eye has helped to create one of the most visually arresting films of all time. It’s also to the film’s credit that the storyline is every bit the equal to the visual extravagance.