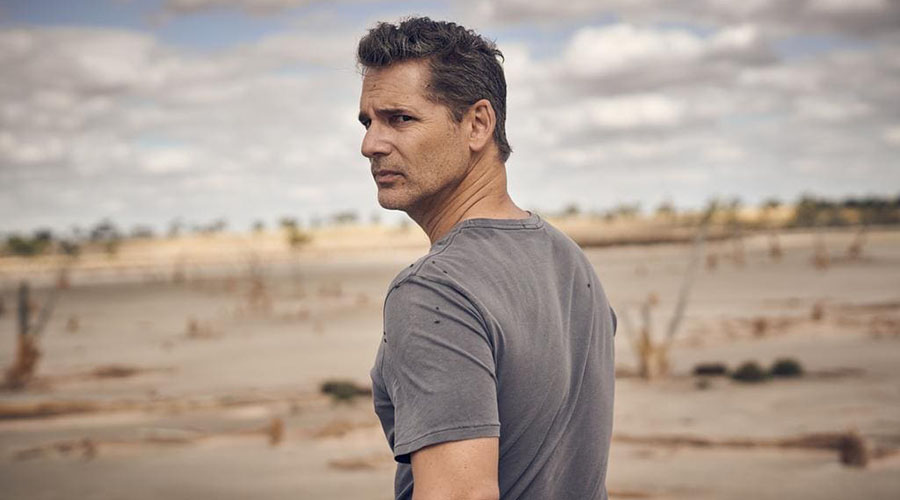 Based on the debut novel of the same name by Australian writer Jane Harper, The Dry is a marvel of restraint. It pares back almost all extraneous elements without losing sight of the story or the interest of the audience. It is a whodunnit but one delivered with such a sure touch, you stay riveted until the very last scene. One that adds a dark touch to the entire work.

Federal policeman, Aaron Falk (Eric Bana) returns to his home town after decades away and gets drawn into a murder mystery involving a group of people that he grew up with. His return is not a welcome one and this sheds a light on the somewhat backward ways of the small rural Victorian town. Falk’s sudden departure all those years ago left many unanswered questions.

Throughout the film, those riddles are answered. Staying way clear of clunker clues that would invalidate the proceedings, the script is taut and gives information in clever and believable ways. It rewards those paying attention but doesn’t require so much diligence that you lose touch with its inherent beauty. The casting and their actions are also on point

The film looks magnificent and the early establishing shots let you know in no uncertain terms that this is an isolated town and one that has seen better days. The drought has almost brought the town and its inhabitants to their knees but they are built of durable stock and this strength plays into the story. It’s accomplished works like this that should help to bring the public back to the cinema and judging from the almost full house on the session we went to, it is already working its charms.