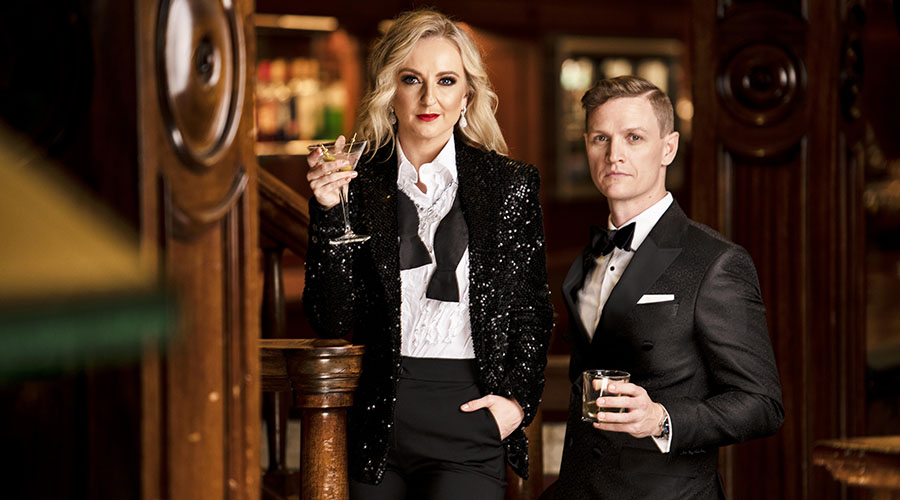 Nobody does it better: Skyfall returns to Brisbane this Month!

Proving You Only Live Twice, Bond is back in a star-studded sequel: bigger, bolder and brassier than before.

The runaway hit of Brisbane Festival 2021, The Little Red Company’s SKYFALL: The Music of James Bond has renewed its licence to thrill in a return season at QPAC’s Playhouse from 18 – 21 May 2022.

Gorgeous gowns and sharp suits abound as a heart-stopping wall of sound and jaw-dropping special effects combine to pay homage to 007 exactly 60 years since first Bond film Dr No. was released in 1962. SKYFALL is sleeker than a high-speed luxury car chase and smoother than a vodka martini in a brand-new theatre experience starring Queensland’s glamorous first couple of song, Naomi Price and Luke Kennedy.

The formidable double-act is joined on stage each evening by a four-piece band, eight-piece brass section, dancers and the “queen” of all Bond villains.

In a thrill for audiences, each performance will also include two special guest vocalists, with the line-up changing every show.

“While each Bond artist has their distinctive sound, all of the great Bond theme songs have similar attributes: sweeping dynamic strings, a big brass section and lyrics that tackle epic themes like love, desire, separation and betrayal,” Price said.

“These songs hit high notes of danger and intrigue, of seduction and suggestion, and they share a sweeping, inimitable style that sets them well apart from other movie soundtracks.”

Wowing audiences with a show-stopping repertoire spanning the rock stylings of Chris Cornell to the soulful melodies of Gladys Knight, Kennedy will again don his tuxedo for a grand SKYFALL entrance.

“Those high-rollers who joined us for SKYFALL’s debut last year know we don’t only shake and stir, but surprise and delight music lovers and fans of the high-octane film franchise,” he said.