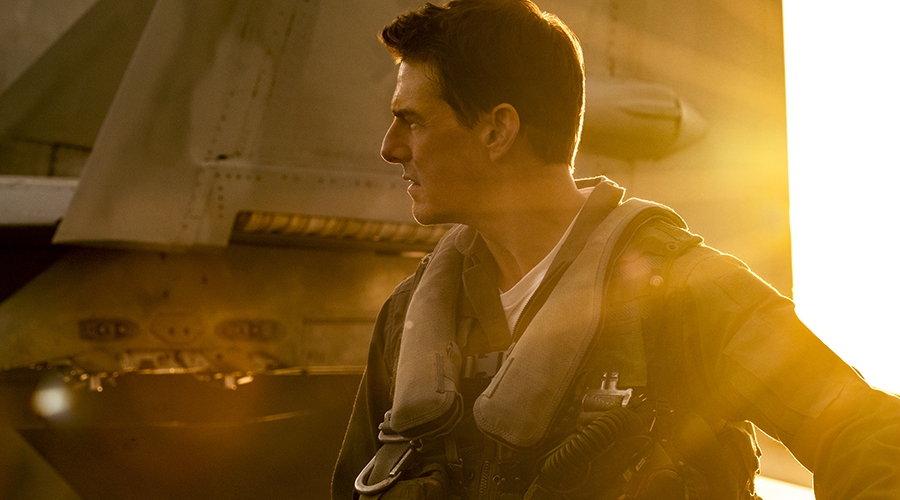 Featuring a wildly improbable scenario that delivers a wildly entertaining action yarn, Top Gun: Maverick proves to be well worth the wait. Originally scheduled to be released in July 2019, it was then delayed due to reshoots and then the pandemic and its lockdowns. It now arrives with guns blazing this month.

The story as little as there is revolves around Pete ‘Maverick’ Mitchell (Tom Cruise) returning to the Top Gun school as an instructor. He is tasked with training his students to succeed in an impossible mission. One he of course gets to eventually participate in and ends up saving the day.

Things have come a long way in both camera technology and special effects since 1986 and the aerial footage is amazing. It adds so much it’s almost a completely different film. No more restricted military stock footage, just widescreen original visuals with Cruise putting himself in harm’s way once again.

The film is disciplined with reality until the final reel and then things take a turn to a decidedly entertainingly level of absurdity. It’s something Cruise and his fans have always been comfortable with. This takes little away from how much fun it is along the way and finds Top Gun: Maverick being an outright blast.