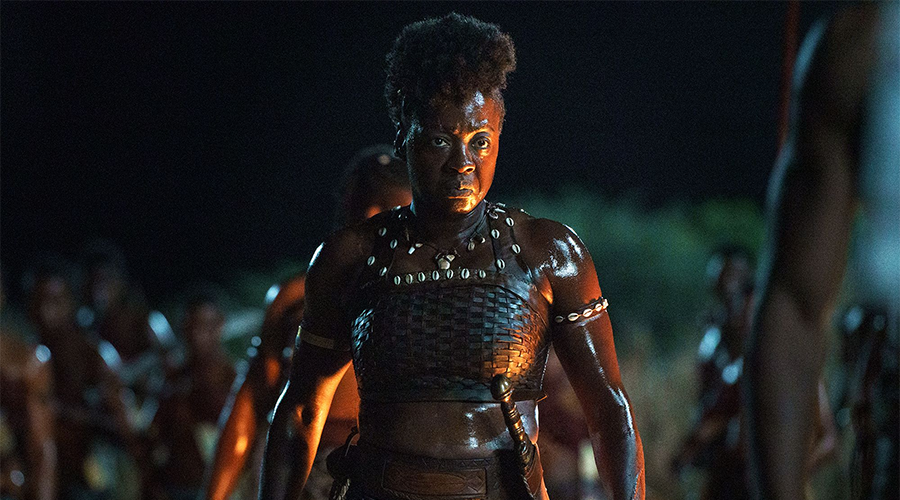 Visceral but not gratuitous, The Woman King delivers its substantial impact from the ferocity of its battle sequences as well as the force and will of it participants. Set in the real world nation of Dahomey, a West African nation that existed from 1600 unit 1904. It tells the story of its fierce female warriors.

Viola Davis is mesmerising as General Nanisca who commands the all-female group of warriors, known as the Agojie, Davis plays the leader with a sense of great strength and resolve. This is tempered by an underlining sense of sadness. As the story progresses we discover the cause of that sorrow.

When Nawi (Thuso Mbedu) a headstrong girl that is given up after her father cannot control her errant ways becomes part of the warrior tribe, she brings the usually stoic Nanisca’s emotions to the forefront. The progression of these feelings are played out in a wonderfully nuanced way.

This is powerful film making that relies on solid story telling and not just the intensity of battle, although there are a number of those moments. It’s anchored around Davis’ Oscar worthy performance and that alone is worth the price of admission. This work is sure to be in many best of the year lists and should not be missed.