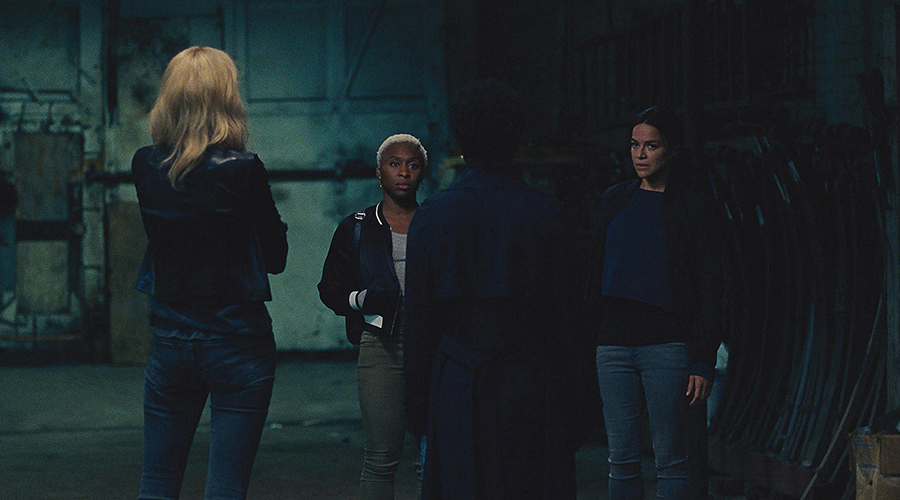 Steve McQueen’s new film Widows excels at many things. As social commentary, it is spot on, as an actor’s platform to ply their trade, it is extremely effective and as movie magic, it is visceral and completely involving. Set in a gritty inner city suburb of Chicago, its hyper realism is a welcome relief from the inaccuracy that blights many movies.

McQueen fills his films with the components that make for a lasting experience. The script is taunt and concise, the people in his films more often than not make their point through actions and not words. He uses precision and economy to set the stage. There are those with money and power and those that are trying to claw their way to a better life.

The films stats with dramatic action. There is an all male criminal crew that try to pull off a big heist. Things go very bad, but it’s less about the crime and more about the consequences. There are the women behind the men whose lives are left in shambles. These ladies become anything but victims. It is their journey that proves to be so fascinating.

As in all great heist films, things are not always as they seem on the surface and as the surprises start to add up, you are left with the exciting prospect of not knowing exactly what is going to happen next. This is set in a world of virtue and vice, one where the women get to wield the power and you underestimate them at your own peril. Who said you can’t successfully mix message with mayhem?