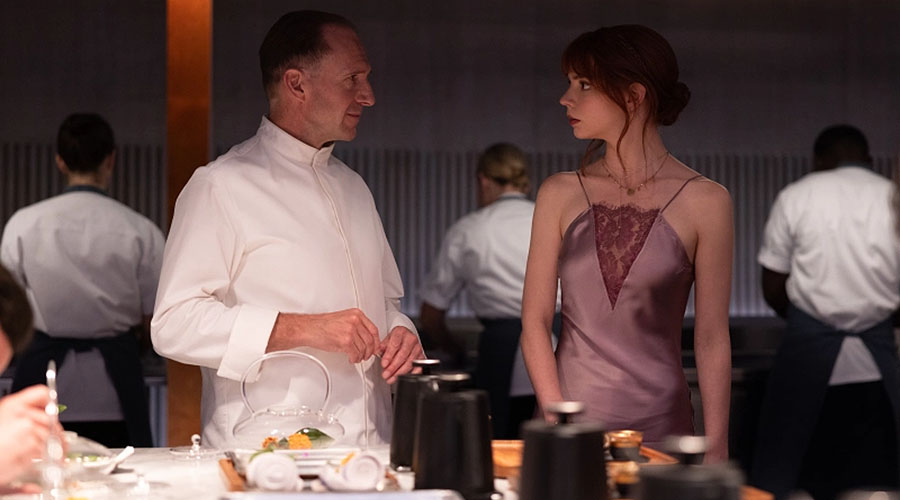 Deliciously dark and highly original, The Menu is just the meal ticket for those that hunger for something unique that sticks to the ribs. Using the context of humour to skewer the pretentious elements of high-end cuisine gives the laughs even more bite.

The restaurant in the film, Hawthorne is based loosely on an actual restaurant called KOKS that was featured in the Danish documentary Nordic by Nature – Michelin Stars. It shares that establishment’s isolated island location but flips the script and introduces a real sense of peril to its diners.

The film’s structure as it resolves works on so many levels. As social commentary, it is wickedly assertive and the comments on the anonymity that many expect from the staff that serve and look after their every need is razor sharp.

With the popularity of cooking shows on the rise, there is the chance that people will see The Menu expecting gorgeous food prepared by gorgeous people but what they get will be so much better. This is the kind of work that grows in stature the more you think about it.
Rob Hudson
www.facebook.com/20thCenturyStudiosAUNZ