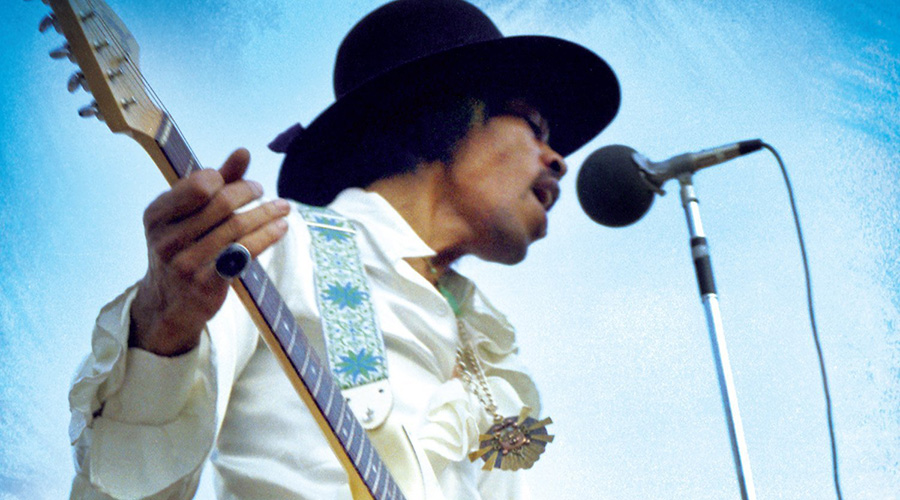 Had Jimi Hendrix not passed away back in September of 1970 he would on November 27 2013 be celebrating his seventieth birthday.

Now with the business being what it is, this year’s celebrations include the release of new product. But in difference to many of the years gone by, the product this year is both important and insightful.

First up is the American Public Broadcasting System’s fine documentary Jimi Hendrix: Hear My Train a Comin. In stark contrast to a lot of the docos that have come before, the PBS version is of high quality and includes a number of previously unseen bits of footage. There are no real revelatory moments for the hardcore Jimiphile but it puts forth his life story in a detailed and balanced manner.

The second real treat is an audio disc of the original Jimi Hendrix Experience line-up playing one of the world’s first major rock festivals, The Miami Pop Festival held back in 1968. This is relatively early in the band’s life (having formed in 1966) and the band was still unified and hungry in getting their point across. The gig was also recorded by Jimi’s most used and trusted engineer Eddie Kramer (who was also involved in the modern day remastering).

The up to date mix is insightful and while Jimi is in the usual full blaze mode, the constantly evolving swing of drummer Mitch Mitchell (who also sadly passed away in 2008) is mesmerising. His backing up of Jimi at every twist and turn is sublime and even the usually sedately mixed Noel Redding comes across clean and clear.

While there are no surprises in song selection, the same can’t be said of the performance highlights. There are so many great Hendrixisms on display here, from his rare ability to solo and play rhythm at the same time to the constantly surprising use of different picking styles and tone. There are even some great moments where he turns down the overdrive and produces some clean tones.

As far as Jimi’s live recorded work (of which there is an overabundance) is concerned, this album is as relevant and welcome as any. For those new to this side of his recorded output, it’s a well-balanced view and a great place to start.