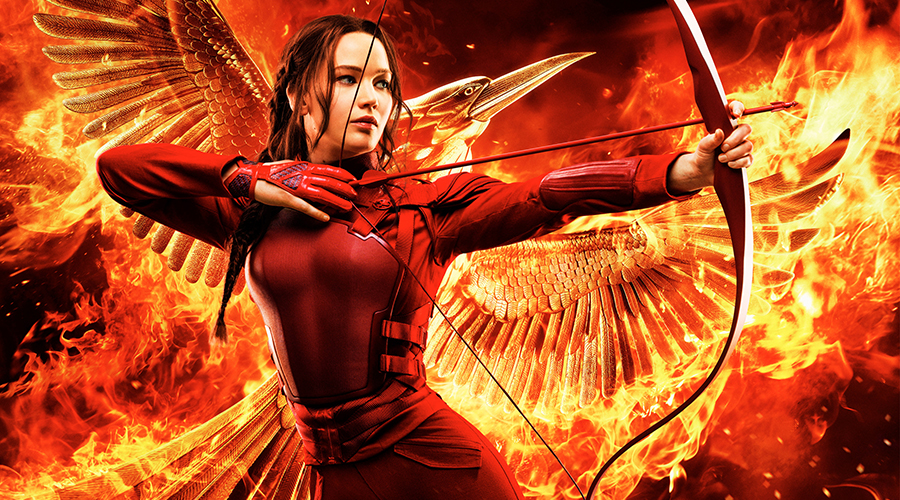 When The Hunger Games was released in 2012, I was not too enamoured with it. It was representative of what I call the ‘Twilightification’ of movies – movies portraying conflict starring harmless pretty teenagers; with their perfectly mussed hair and designer scratches and bruises meticulously applied by the makeup department; their petty teen anxieties dwarfing the larger conflict at hand.

In days past, films like this starred rugged, blood, sweat and guts types like Arnold Schwarzenegger (The Running Man), Sylvester Stallone (Rambo), Rutger Hauer (Wedlock) and, most notably in this case, Takeshi Kitano (Battle Royale). Indeed, the whole teenage cast of Battle Royale were more convincingly unhinged and dangerous than the pretty nubile stars of The Hunger Games who looked like they could never harm anyone.

The sequel, The Hunger Games: Catching Fire, predictably followed with the ‘bigger is better’ formula by pitting our hero, Katniss (Jennifer Lawrence), with previous Games champions in another sterile death match.

Last year’s Mockingjay Pt.1 was met with derision from some Hunger fans claiming nothing happened in it. Actually quite a bit happened in it, it was just mostly devoid of the insipid sci-fi fantasy action faux violence of its attention seeking siblings; replaced instead with psychological drama and a political narrative that marked a distinct maturation of the franchise. I liked it. I liked it a lot.

Now Mockingjay Pt.2 balances the best of both worlds and brings the story to a fitting close. It includes Games-style action for the fans but it’s primary focus remains throughout on the story’s dramatic core and it’s associated political mechanic.

In conclusion, the film ends in a secure finality that admirably hints not a jot at any further instalments. It’s a film that is comfortable and quietly confident in the story it has told and it is prepared to leave it at that – a rare commodity indeed in today’s Hollywood.