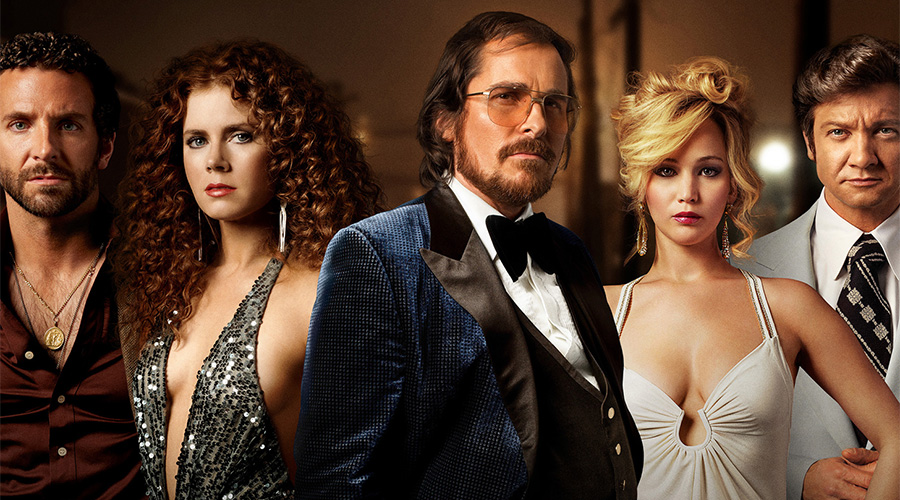 Few ensemble cast films of recent memory have featured so many juicy roles that have been so completely realized. This dramatic take on an actual event (the FBI’s ABSCAM sting operation back in the late seventies) was directed by David O. Russell and in-line with many of his previous films like Three Kings and Silver Linings Playbook, feature very rich characterization.

The always-outstanding British actor Christian Bale lays to rest the man in black for the new man in fat. His visual transformation is just one element of his transcendent performance. He has to act his butt off just to transcend that hairdo of his. Jennifer Lawrence adds to her building resume of great performances as Bale’s on screen wife who is both hilarious and clueless.

Thankfully the saying ‘if you remember the seventies, you weren’t actually alive in the seventies’ is proven untrue as both the director and actors get the nuances just right. See this film for the humour and spectacle, remember it for the human pathos and misguided sense of right and wrong.