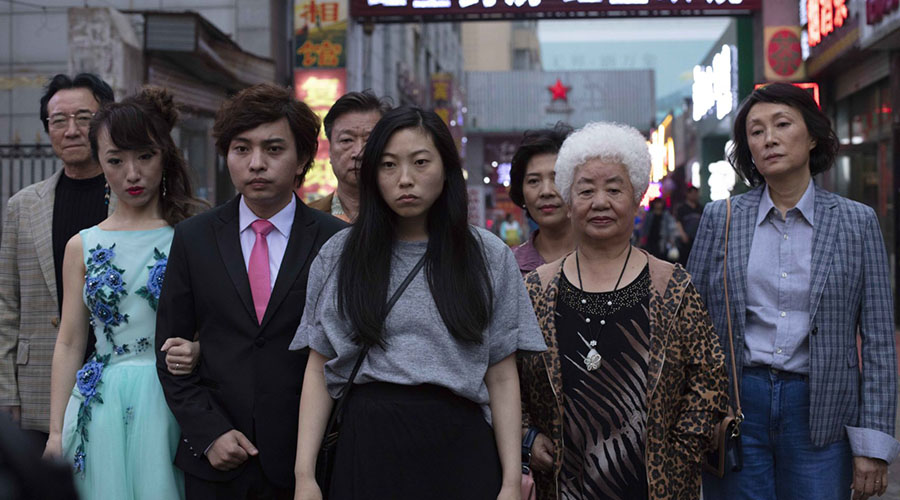 The cultural divide between East and West is never more pronounced than when it comes to illness and grief. We in the West tend to attack it head on and put our full emotions on display. In the East they are far less transparent and demonstrative.

In the East, it even runs as deep as not telling a loved one the extent of their illness or showing grief at all. In Lulu Wang’s The Farewell, she uses her real life experiences to help develop the story for the big screen. She even uses her casting choices to challenge perceptions.

Playing against type, Awkwafina steps away from her comic roles to deliver a very serious interpretation of a woman not allowed to feel grief by her cultural restrictions. Although Chinese born, she was raised in America and sits uncomfortable between the divide.

In an effort to influence the audience’s perceptions, Wang’s restricts the colour palette to almost all drab colours and lets the actors only show emotions on the fringes. Even the ever colourful Awkwafina is reduced to a mostly dour presence. It’s in these severe circumstances that the idea on grief as a caustic element is revealed.