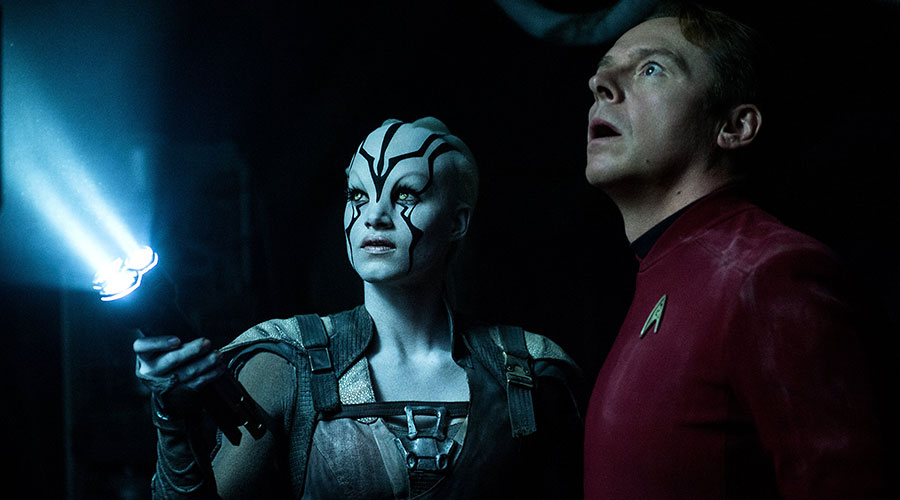 Your ultimate enjoyment upon viewing the latest edition of the revamped Star Trek franchise will be based on your desire for action over story. Star Trek Beyond is an almost fever pitch assault with an overemphasis on action but with very little progression of character development.

The film starts with a very mellon collie scene when Capt. Kirk (Chris Pine) laments his life out in the cosmos as lacking the adrenaline rush on earlier times. His complaints are soon answered as the film ramps up the deeds of daring. The main protagonist this time out is Krall played by a heavily made up Idris Elba. His baddie role is a menacing one but lacks explanation.

It’s interesting that the film really suffers from the in-cinema 3D effect as the heavily CGI crated scenes are both very dark and lacking in sharpness of detail. Save the dosh and see the 2D version in the cinema. Having said that, at home 3D is always much more impressive, so the extra effort might pay off in one’s living room.

Complaints aside, there are some very fine moments of tension and destruction (the poor Enterprise enters the Piñata zone once again) and what little character development there is, is most welcome. Also of note, there is one reveal that social media is reporting on that is very much worth seeing.
Rob Hudson
www.startrekmovie.com.au