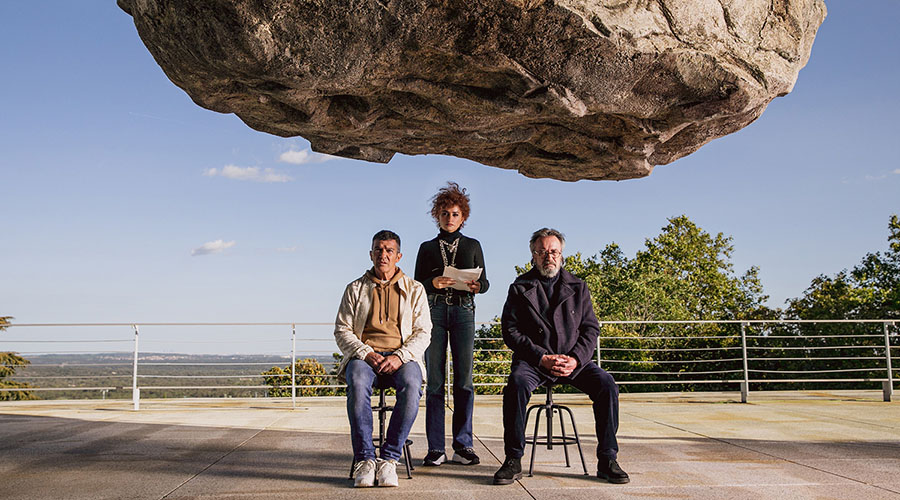 This film about a film skewers an industry that often times deserves scorn. It cleverly sends up its participants while letting members of the audience in on the joke. Rampant egos, crazy creatives and money men wanting to make their mark are just a few of the topics up for derision.

Humberto Suárez (José Luis Gómez) is a very rich maven of the pharmaceutical industry that wants to create something to be remembered by and figures why not make a film. His complete lack of experience poses not problem. He buys the rights to a book he’s never read and hires famous director Lola Cuevas (Penélope Cruz).

Cuevas is a world class eccentric and she hires matinee idol Félix Rivero (Antonio Banderas) and world class thespian Iván Torres (Oscar Martínez) for the two lead roles. The two immediately clash and this conflict is played out in full humour mode. Rivero is a legend in his own mind and Torres the consummate professional.

Official Competition is unafraid to go dark places and its black humour points out the preposterous with a razor sharp edge. It mixes equal parts fun and condemnation for the excesses that money and fame can create in an industry with little restraints. It’s a wild ride worth taking.
Rob Hudson

The Spanish Film Festival runs in Brisbane from Thursday, April 28 to Wednesday, May 18, and will take place at the Palace James Street and Palace Barracks cinemas.