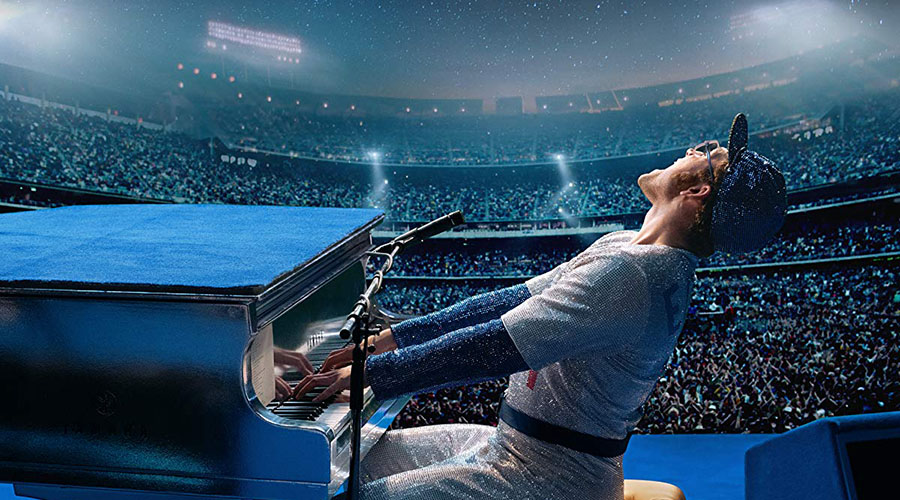 Let’s get this out of the way first, Rocketman shares little with the recent biopic sensation Bohemian Rhapsody. It is a grittier look at Elton John’s earlier years and pulls few punches with its depiction of alcohol and drug abuse. It also shows how dysfunctional his early home life was.

Growing up the only child, Reginald Kenneth Dwight was a shy and awkward young child. With a free spirit mother and physically absent father, only his Grandmother was supportive. He took refuge in music and became very accomplished at a young age.

His early musical endeavours followed a familiar arc, learning the music business from the ground up via a succession of bands and backing gigs. When he started a writing partnership with lyricist Bernie Taupin, his craft expanded quickly. Their collective work launched John’s popularity into the stratosphere and with great success came great excess.

Filled with great songs and featuring dance number large in scope, Rocketman leans more towards classic musical territory than the current crop of musical biopics. Almost every cast member gets a chance to sing and the dance numbers expand in scope and imagery to match the excess of substance consumption. Not always easy to watch, the film gives a more accurate view than most in its genre.