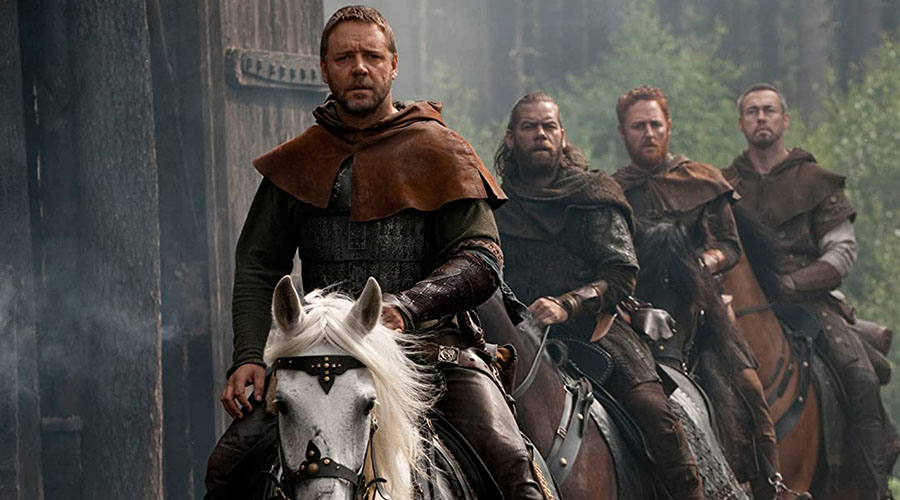 If ever there was a film that felt like a two-hour plus ad for the upcoming sequel, it has to be Ridley Scott’s new take on the age-old tale of that naughty boy from Sherwood Forest. Only this time around we get to meet him long before he turns radical and his men turn merry.

Robin Longstride (Russell Crowe) is an expert archer in King Richard The Lionheart’s army who becomes disillusioned with some of the things he was forced to do while in battle and when the King is killed, he and his cohorts escape France and return to England. The boys soon arrive in Nottingham, where Robin meets Lady Marian (Cate Blanchett) and joins the town’s battles.

The tale of Robin Hood is one of cinema’s most well used story lines and many films and even a few comedies have been made featuring these characters. In Scott’s version he ramps things up as only he can. The visuals are impressive, the green fields are impossibly vibrant and the battles are suitably intense, it’s with the films pacing that things get a little wobbly.

The first half of the film is quite engaging and when Lady Marian enters the scene, Blanchett fills the screen with her spunky portrayal. Her performance is the film’s saving grace. The romance between her and Robin feels rather quickly resolved and the film ends so abruptly that there is the feeling that a reel might have been missing. Weather this unsatisfying end was the results of test market driven cuts or time frame considerations, it robs the film of its chance to be much more entertaining.