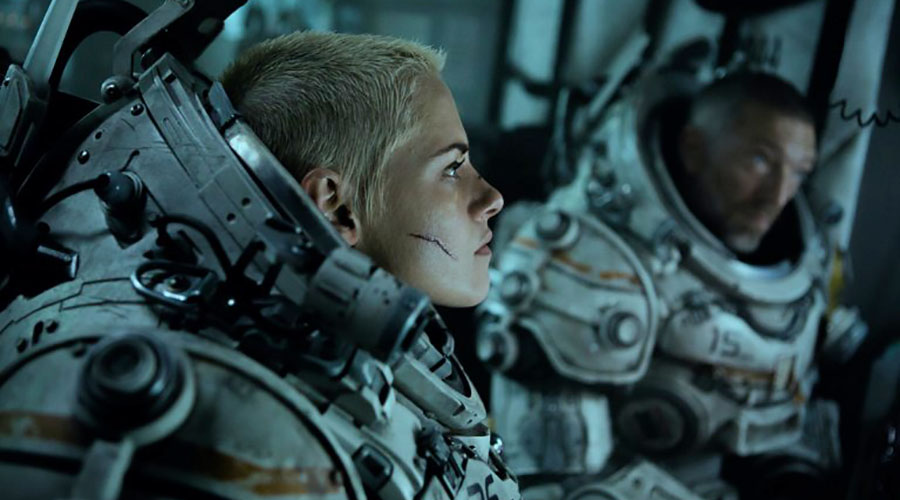 In the more than four decades since the release of the film Alien, imaginative monsters from outer space have filled the big screen and scared audiences countless times. Monsters from the deep on the other hand have not garnered quite so many permutations. Underwater attempts to fill that void.

That is does so in such a duplicitous manner speaks more of the originality of Ridley Scott’s masterpiece than it does of director William Eubank’s lack of imagination. The film’s overriding and repetitive flaw is the implausibility of almost all of the scientific details. It demands an almost superhuman suspension of disbelief.

There are more than a few successful jolts to the system as things jump out at you but the murkiness of all of the underwater scenes defuse a great deal on the visual impact. There are also an abundance of moments that attempt to put the slight story in a larger context that seem to be tacked on after the fact.

Building a film around Kristen Stewart is always a risky endeavour as her range is limited to a very few scenarios. Actual scary horror is not one of them. She does however do a remarkable job of keeping her eyeliner intact, even the scariest monster from the deep could do little to smear the sparkly goodness. See Underwater for the few thrills it delivers and know that afterwards deep water with hold no fear.