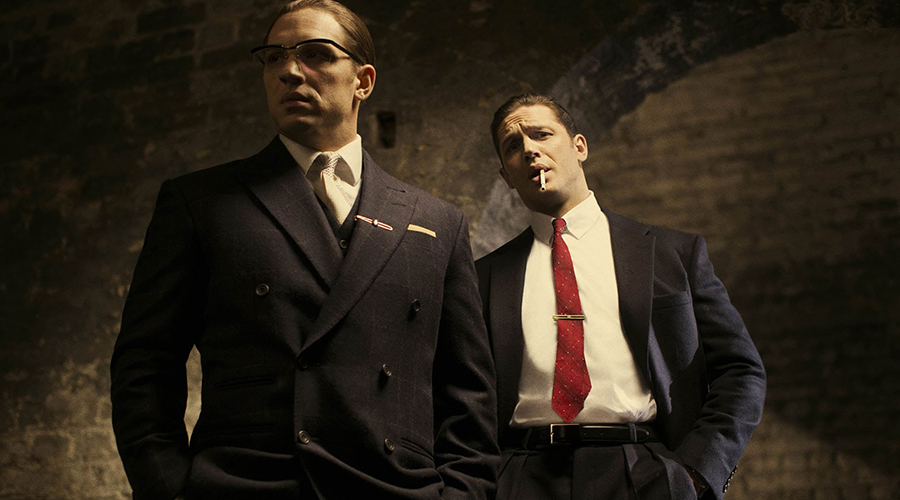 As an acting tour de force, Legend is very satisfying. Tom Hardy is superlative as both of the Kray brothers. The story of these twin brothers, who ruled the British underworld back in the sixties, gives the film its forward momentum but the acting and voice over by Emily Browning give it its soul.

No twin brothers could be more different than Reggie and Ronald Kray and Hardy plays them both so effectively with only small make up tricks and big acting chops. Browning plays Frances Shea a girl from around the neighbourhood who falls in love with and eventually marries brother Reggie.

The story told through her eyes gives the proceedings a more human tone and gives the tale a feel of authenticity that is tinged with great sadness. This approach helps raise the film above being a mere gangster yarn. It’s also great to see so many recognizable British character actors in one place.

As successful films based on real people often do, Legend creates a genuine interest in these real-life characters that can be easily feed. Both Wikipedia and John Pearson’s engaging book on which the movie is based (The Profession Of Violence) are great places to start.