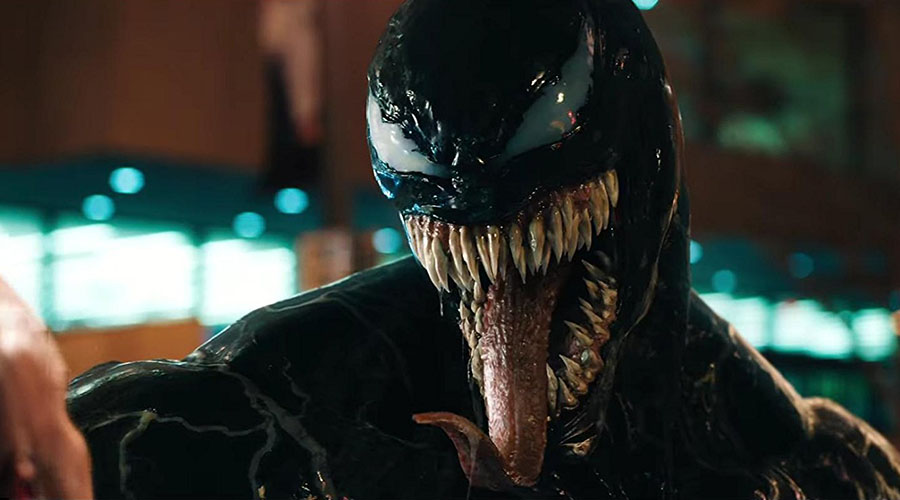 From Tom Hardy’s twitchy performance to Marvel’s usual uneven first reel of an origin story, Venom takes some time to get acclimated to. Once you settle in it becomes good fun, nonsensical but good fun.

For those unfamiliar with the Venom storyline, Hardy’s character, that of reporter Eddie Brock gets inhabited by an alien creature that not so much combines with his human DNA as forms a full blown bromance. The voices in his head urge him on to feats outside his human abilities.

This duality is played mostly for laughs and the film is quite funny in obvious and unintentional ways. It’s also more comfortable with humour than action. Some of the action sequences are so CGI intensive you loose sight of what you are actual looking at.

Silly in the extreme and funny is large parts, Venom is a welcome addition to the comic side of the Marvel Comic Universe. Now that we’ve gotten past the origin story limitations, it will be fun to see what they do with the character next.