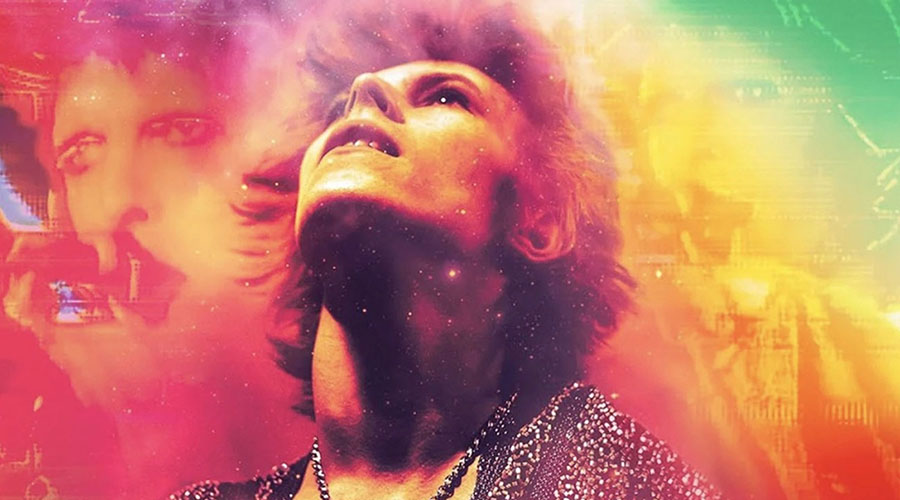 Less a documentary and more an expression of artistic intent, Moonage Daydream illustrates David Bowie’s almost relentless need for reinvention. Far from a static view writer/director Brett Morgen imbues the screen with wild blasts of colour and song, utilising a large plethora of live clips available. Bowie lived most of his life in the modern media sphere.

Morgen (Producer of Cobain: Montage of Heck and The Kid Stays in the Picture) continues with his idiosyncratic take on the documentary genre. The story is mostly told in audio clips from Bowie himself and does its best to lay out his artistic vision.

It’s interesting how much of a male view this is and gives short shift to the women in his life that helped him at numerous points in his career. Iman barley gets a mention and ‘Angie’ Angela Barnett not at all. Both of these women played pivotal roles in his life and helped in a large part with his artistic and fashion direction.

That criticism aside, the film does a solid job of highlighting some of his major changes in direction and leaves the less successful ones on the cutting room floor. For fans of his more esoteric periods there is also a fun run of train spotting. The live clips used look and sound great on the big screen and the film swells with energy during their appearance.