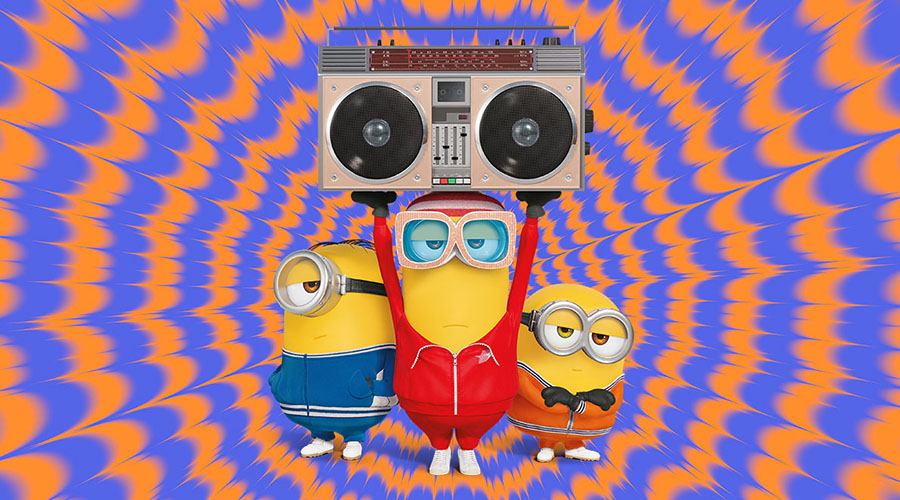 Kudos to Illumination Studios for creating the post-prequel with Minions: The Rise of Gru. Chronologically it follows Minions (which introduced Gru) but happens before Despicable Me. Set in the swinging seventies, it’s filled with groovy tunes and wild flights of imagination.

Young Gru (Steve Carell) who the Minions call “little boss” still lives at home with his mother Marlena (Julie Andrews) and a large gaggle of his little yellow buddies. They have barged in on him and are overrunning his basement. Gru is in the midst of finding his evil bearing.

When a job interview goes bad Gru gets sticky-fingered with a precious medallion and sets into motion a crazy chain of events. These include ancient legends discovered, moments of magic, a coming-of-tale and an easy-to-digest message. The world of animation is used to the fullest and the film looks amazingly oversaturated with colour and action.

Seems Hollywood’s current formula for post-lockdown success is based on franchise returns, superhero yarns and old favourites. That’s not necessarily a bad thing if the project shows as much invention and passion for the animated art form as Minions: The Rise of Gru does. It’s feel-good and frivolous fun.