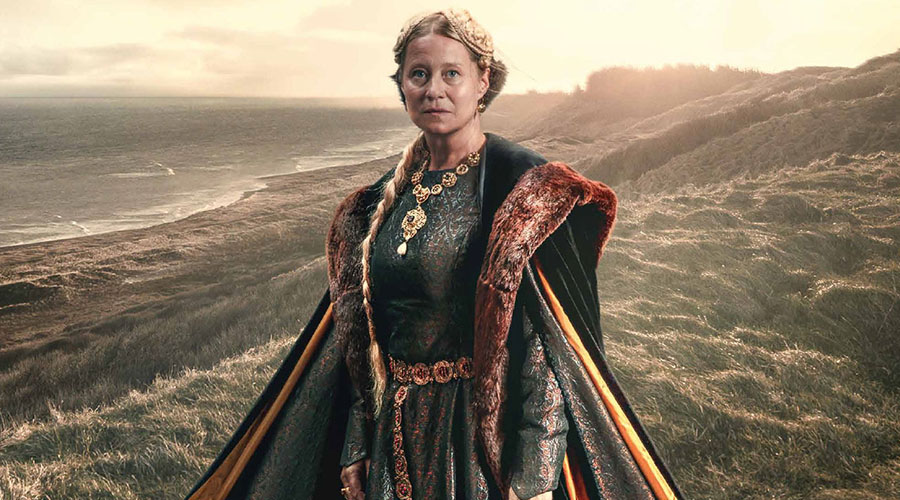 With a foreboding atmosphere and a dark and dangerous demeanour Margrete – Queen of the North is a very unglamorous look at Danish royalty. Set in the fifteenth century, Denmark’s Queen Margrete (Trine Dyrholm) succeeded in gathering Denmark, Sweden and Norway into a peaceful coexistence known as the Kalmar Union.

With unease just under the surface and enemies all around, Margrete will have to face one of her toughest challenges. A task that will redefine her sense of self and show the ultimate strength and love for her country she possesses. A strength that comes at the cost of her feelings of motherhood.

When watching a foreign film and recognising few if any of the actors, the ability to get lost in the story is enhanced. There isn’t the distraction of career-established personas to get in the way. Margrete – Queen of the North takes full advantage of this circumstance and draws you in completely. This was life without the false sense of pageantry that often accompanies tales of royalty.

As things play out, there is no spurious acceleration of events, it’s the underlying tension that attaches you to the ongoing storyline. You feel that people have their own agendas and it is up to you to decipher their true intentions. By the film’s end, many have had to pay a horrible price for a peace that lasted for centuries.
Rob Hudson
www.facebook.com/Palacecinema