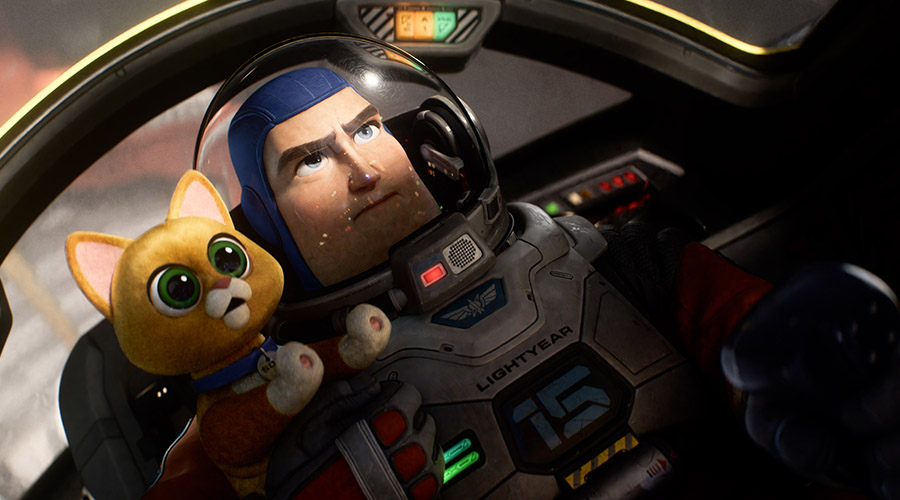 Cleverly using their new film as the origin story of the Buzz Lightyear character, Pixar steps out of its comfort zone. The film inside a film is a space adventure yarn that explains the impetus for the need for a Buzz action figure. It also ties in neatly with the original Toy Story film as the action figure was the young boy Andy’s favourite toy.

This is the big P’s most photo realistic-looking work since WALL-E and also one of its most adult. The characters look somewhat cartoonish (even with five fingers on each hand) but the set designs are extremely realistic and are very dark in colour and mode. It’s not light-hearted.

The story revolves around a mistake Buzz makes during a moment of hubris that strands his crew and ship on a hostile planet. The creatures on this planet are anything but cute and they fill the screen with a sense of danger. Buzz is relentless in his need for redemption.

The aura of Star Wars sans the cute characters is present in both story and look as well as dynamics with the exception of an amusing robot cat that provides almost all of the film’s humour. This all feels far removed from Pixar’s usual sense of adorable altered reality. Lightyear is darker, more gritty and adult-centric.
Rob Hudson
www.facebook.com/DisneyAUNZ/