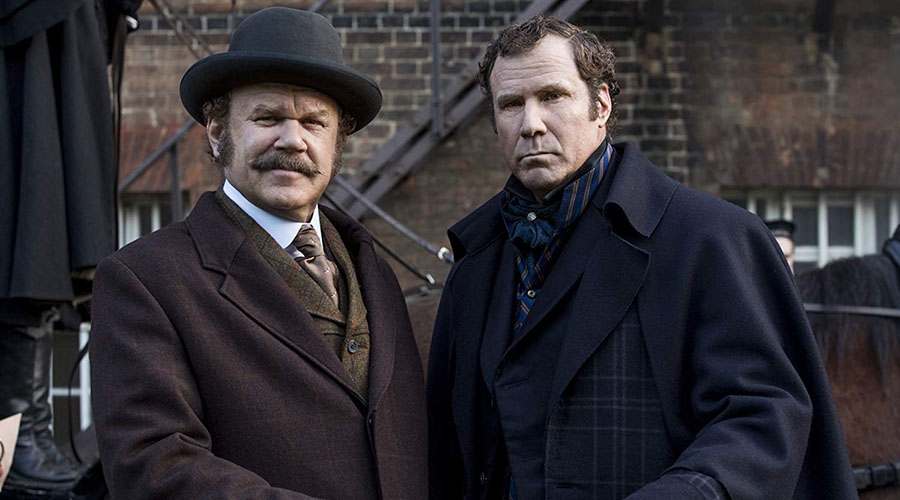 There are a few instructions you will need to follow to maximise your enjoyment of Holmes & Watson. First you must see it at a cinema that serves liquor (and in large quantities), then you need to play the ultimate drinking game during the screening. Every time H or W takes or talks about drugs, drink and in gulps not sips. Oh and have a designated driver or take an Uber.

If you follow these simple instructions to the letter, then by halfway through the film you will be so drunk, the second half will produce some good time laughs. Because make no mistake, this is one hot mess of a movie. The sets are appealing as are the costumes and the signage and newspaper headlines shown throughout are very funny. The parts are all there.

Casting wise, it also looks good as both Will Ferrell as Sherlock Holmes and John C. Reilly as Doctor Watson have a decent track record together. They have both been in some funny films together. Casting Ralph Fiennes as the mysterious criminal mastermind Moriarty also looks promising.

Having said all that however, the film wildly misses the target and very few of the comic ideas hit home. The film is oddly efficient in how often the humour goes astray but as the basis for one of the world’s most intoxicating drinking games, it is spectacular.