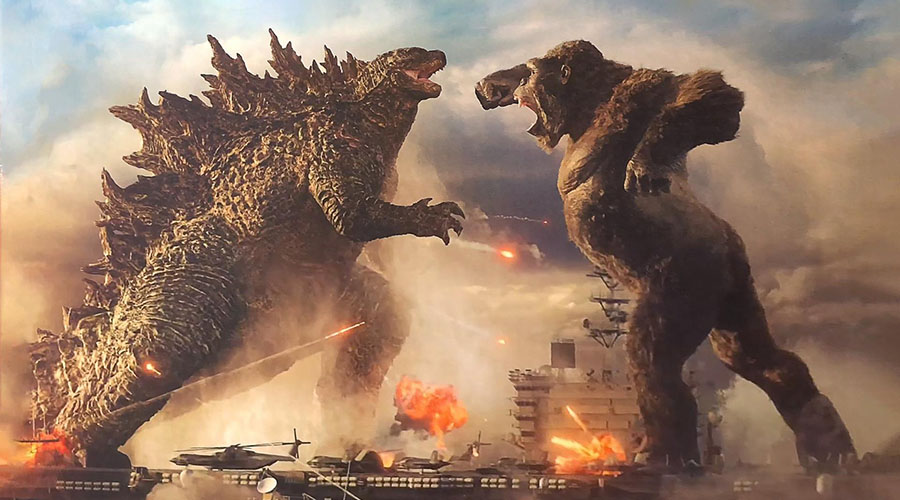 For those that find even the UFC doesn’t raise the pulse enough, that the fisticuffs just aren’t big enough, there is always Godzilla vs. Kong. How can you go wrong with combatants the size of buildings, very large buildings and just to make things even more interesting, one has a super mean right hook and the other laser breath.

Following Kong: Skull Island in 2017 and Godzilla: King of the Monsters in 2019, this latest edition in Legendary’s MonsterVerse pits the two biggest box office titans against each other while the fate of the world hangs in the balance. The final battlefield this time takes place in Hong Kong and the city comes off very second best. The level of destruction is impressive.

The filmmakers have relied on the spectacle of the fight scenes to carry the movie as the story makes little sense and the human cast members are unable to contribute much as they are given little to do. The production team also hides a lot of the details in murky conditions with low lighting and air filled with debris. Sometimes it’s hard to tell if this was a cost-cutting or stylistic choice as scaling back on some of the CGI detail must certainly have saved some money.

Ultimately what you are left with is fifteen rounds plus of two famous monsters kicking the crap out of each other while the puny humans do their best to stay relevant. There is even a technological ringer thrown in the mix at the eleventh hour to help bring home a message of why can’t we just all just get along. See it for the carnage but expect little else.